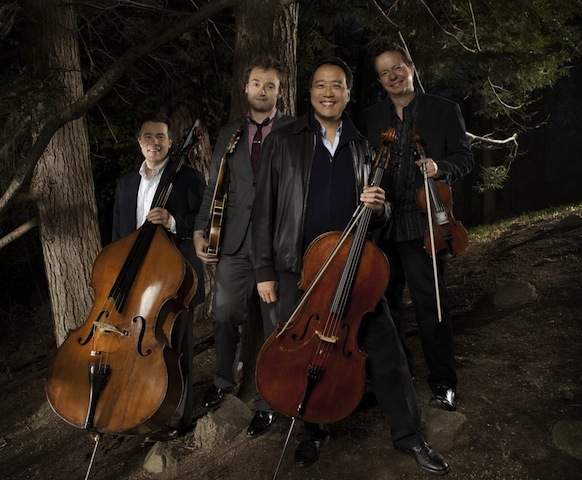 When Steve Martin was recently interviewed on ‘The Late Show’,  David Letterman asked Martin if he played any other instruments besides the banjo? Somewhat puzzled, Martin asked Letterman if he would ask Yo-Yo Ma whether he played anything other than the cello?

Yo-Yo Ma is no doubt one of the world’s leading classical cellists, however, his latest project – The Goat Rodeo Sessions – sees him venture into the land of bluegrass. This project has seen Yo-Yo Ma invest some 12 months or more recording with bluegrass identities such as Stuart Duncan, Chris Thile and Edgar Meyer. The album features 11 original compositions and is due out 24th October 2011.

This is not the first foray into bluegrass for Yo-Yo Ma who collaborated with Edgar Meyer and Mark O’Connor back in 1996 on an album called Appalachia Waltz and again in 2000 with Appalachian Journey.

Yo-Yo Ma was born in 1955 to Chinese parents living in Paris. He began to study the cello with his father at age four and soon came with his family to New York, where he spent most of his formative years. Later, his principal teacher was Leonard Rose at The Juilliard School. He sought out a traditional liberal arts education to expand upon his conservatory training, graduating from Harvard University in 1976.