World of Bluegrass Moves to Raleigh 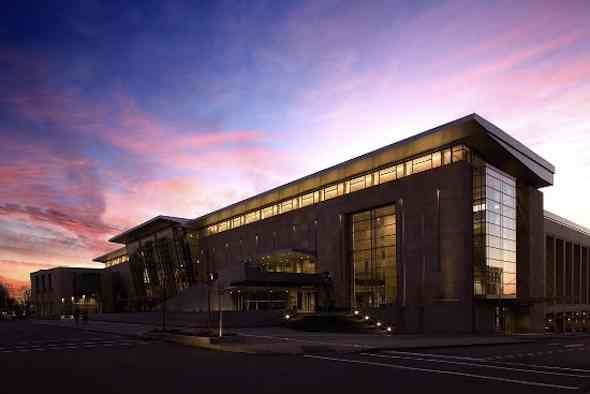 The IBMA Board of Directors have recently announced plans to move World of Bluegrass events to Raleigh, North Carolina for the next three years, 2013-2015.

The following World of Bluegrass dates have been announced, with the option for a five or seven-day event each year:

We can’t wait for you to see this place. Here are some of the details we can look forward to in Raleigh:

We’re looking forward to working with a local organizing committee in Raleigh to plan World of Bluegrass and a city-wide celebration, with showcase and performance opportunities for dozens of bands in the Raleigh Convention Center, the headquarter hotels, local schools, and up and down the streets in local music clubs and cafes –  IBMA Board of Directors & staff.

If we had designed a perfect venue for our events, it would look a lot like the facilities in Raleigh – IBMA Board chair Stan Zdonik.

North Carolina has a rich bluegrass music history. A number of our Bluegrass Hall of Fame members hail from the Tar Heel State, including Earl Scruggs, Doc Watson, Red Smiley, Carlton Haney, Curly Seckler, Carl Story and George Shuffler.  Pre-bluegrass pioneers Wade Mainer and Charlie Poole are from North Carolina, and the Monroe Brothers (Charlie and Bill) made their first recordings in Charlotte, N.C., including the classic What Would You Give in Exchange for Your Soul?  Some argue that Bill Monroe might not have made it to the Opry to unveil his new genre of music if not for Raleigh, N.C., he place where he and his brother Charlie famously parted ways in 1938, beginning the chain of events that would lead the younger brother to form the Blue Grass Boys.

World of Bluegrass is moving to Raleigh through 2015, but IBMA’s office will remain in Nashville.  IBMA’s 2012 dates for World of Bluegrass are Sept. 24-30, in Nashville, Tennessee.  Call 615-256-3222 or email info@ibma.org for more information, or visit www.worldofbluegrass.org for event updates throughout the summer. For reservations at Nashville’s Renaissance Hotel and surrounding properties during World of Bluegrass 2012, please call 877-259-4716 or (615) 259-4700.

IBMA Members, check your mailbox for World of Bluegrass brochures the end of May, and call us if you’d like us to send you an extra one or two to share with a friend. Registration begins June 1, 2012. Give us a call at 888-GET-IBMA or register online at