Wilson Banjo Co. When the Crow Comes Down 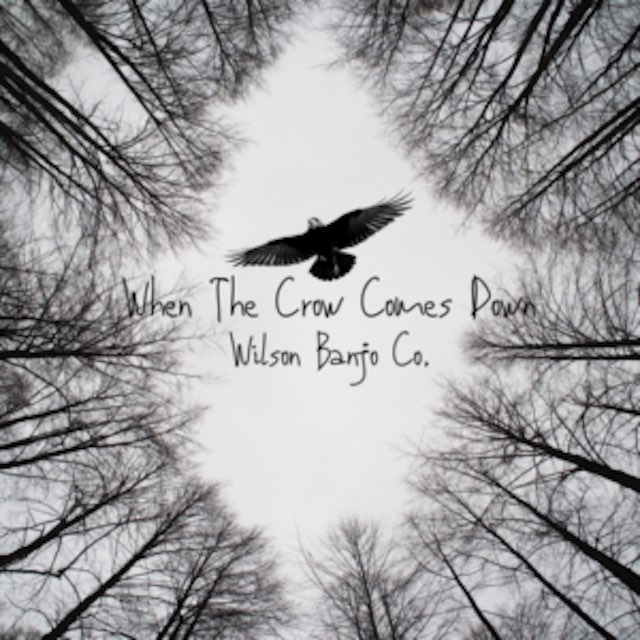 Wilson Banjo Co. just unveiled their haunting new single called When the Crow Comes Down. This new release show us an edgier side of the band not yet seen. Written by Jordan Rainer, Kevin Brandt and Tristen Smith, the song tells an eerie tale with compelling lyrics, led by powerhouse lead vocalist Sarah Logan. You can also hear banjo extraordinaire and Wilson Banjo Co. founder Steve Wilson leading a driving banjo throughout, as well as featured guests, highly acclaimed Richard Bennett on guitar, and current IBMA Fiddle Player of the Year, Deanie Richardson on fiddle. They also recently filmed the video for the song, which is slated to premiere in the upcoming weeks.

When The Crow Comes Down is a well written story song that Sherrill Blackman brought to us, initially for another project. When it didn’t fit there, I just couldn’t let it go. I played it for Sarah and she fell in love with it too. I think the whole historic Louisiana, scary story theme, really interested me since we have always wanted to travel down to New Orleans and tour all of those French Quarter shops and attractions. And who doesn’t enjoy a good scary movie? Creating the mood for this song through arrangement was a lot of fun, but the musicians all truly captured my vision. Sarah’s vocals are absolutely on point to tell this story and it was great to get to work in the studio with my wife who did an excellent job on the harmony – Steve Wilson.

When The Crow Comes Down is featured on the forthcoming project, Six Degrees of Separation. Available from the 4th June, this new collection includes 12 new recordings. Steve Wilson recently opened up about the record in the latest issue of the Banjo Newsletter. Out now, the critically-acclaimed instrumentalist is also featured on the cover.

Steve is not only a great banjo player; he is an excellent luthier, a bluegrass band leader and a highly respected recording engineer. All of these skills seem to have strongly impacted his banjo playing style – Greg Cahill.

The new single follows former releases, Midnight on the Highway” and lead release Wrong Turn That Led Me To You. All three tracks released so far represent the diversity of the project. With Wrong Turn (written by Wilson) showing a softer side of Six Degrees of Separation, the follow-up Midnight on the Highway took a different approach, putting a unique twist on the recording which was formerly released by Hot Rize (co-written by Tim O’Brien). The title for the upcoming album represents Wilson reflecting on his music friends and heroes that he has been privileged to work with in the studio, on the stage, or in the banjo shop, since relocating to South Carolina eight years ago.

The South Carolina based band has deep roots in the Bluegrass genre, with Steve Wilson’s impressive skills as a custom banjo builder and recording engineer coming into play. Over the years, he’s engineered recordings for artists like Dale Ann Bradley, Flashback, Gena Britt, The King James Boys, Shawn Lane & Richard Bennett, and many more.

To keep up with all the latest Wilson Banjo Co. news, check out their official website.