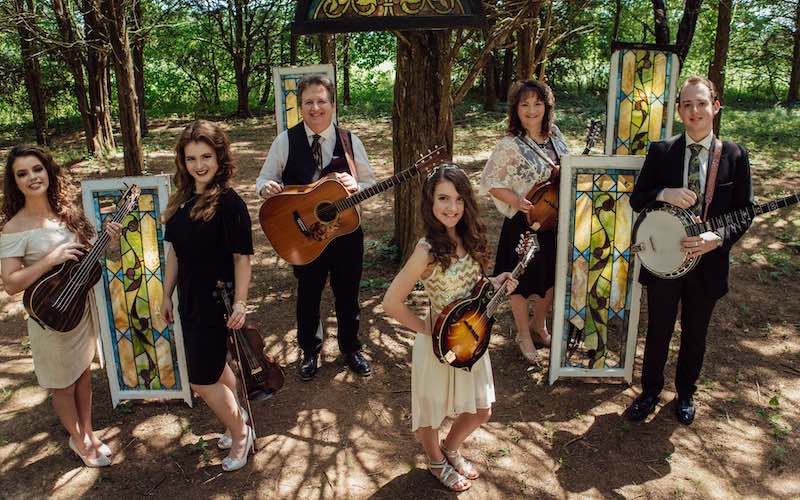 Fans can purchase a copy and stream Heritage & Hope Here.

In celebration of the album’s official release, Williamson Branch has released their next radio single, Which Train. They’re moving full steam ahead with their hard-driving bluegrass tune which was penned by reigning IBMA “Momentum Vocalist of the Year” winner Melody Williamson, alongside Michelle Canning. American Songwriter gave fans an exclusive look at the official video, which was shot on-location in scenic Chattanooga, Tennessee. The publication raved about the song, saying, “The single is a driving-Bluegrass tune with a mournful sound and poignant message.”

Which Train serves as the follow-up to the album’s first lead single. The original recording Walking in the Spirit has already broken new ground for WB, spending multiple weeks at No. 1 on the Bluegrass Today Weekly Gospel Airplay Chart. Featuring legendary group The Marshall Family, the track has deep Gospel roots, combining influences from both Bluegrass and Southern Gospel. Walking in the Spirit also continues to climb the SGN Scoops charts, currently sitting at No. 5 as it continues to climb.

One of the leading inspirations behind the project is the fan-favorite I’ll Fly Away. Previously, the band released a live performance of the track, and it struck like wildfire, going on to amass over 15 million views to date. After partnering with the Country Rebel network, the version struck a chord with viewers, by going on to get hundreds of thousands of shares and introduce the band to a massive audience. The song showcases the tight harmonies and powerful vocals of sisters Melody, Kadence and Caroline Williamson. On the new album, the group’s patriarch Kevin Williamson took his creativity to new heights, penning an impressive eight of the Hope disc’s 11 tracks.

While 2020 was a tough year in many aspects, Williamson Branch was able to grow their online following and shatter glass ceilings. When the COVID-19 restrictions first started, the group took to their official FB page to entertain and encourage fans. They did just that by creating unique content that showcased each member’s fun-loving personality, combined with their show-stopping performances. After consistently connecting with fans of all ages, Williamson Branch was able to grow their page to over 430K followers currently.

To keep up with all things Williamson Branch, check out their website.