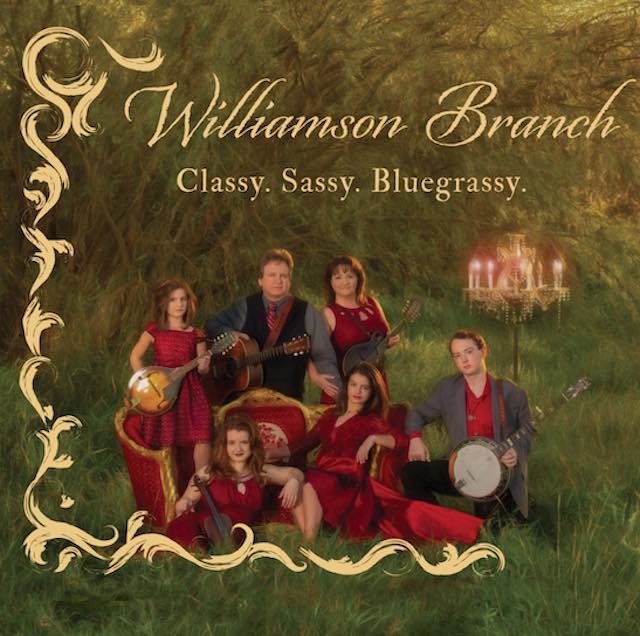 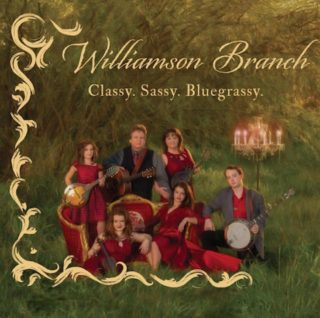 Williamson Branch has announced the release of their brand new single, Blue Moon Over Texas. The upbeat anthem showcases the band’s family-oriented style and signature Bluegrass sound. The track serves as the lead single from Williamson Branch’s upcoming project, Classy. Sassy. Bluegrassy., available October 25, released via Pinecastle Records. “Blue Moon Over Texas” is now available for download and streaming here, plus radio DJs can download the song on AirplayDirect.

Our time in the studio with producer, John Bowman and engineer, Scott Vestal was filled with laughter and friendship. We believe that the music we recorded is infused with that same joy, and we’re excited for folks to experience it – Melody Williamson.

Singing lead on Blue Moon Over Texas is Melody Williamson, who shines on the cleverly written track. The song was penned by top writers David Stewart, Jerry Lasiter and Earl Clark. Fans of the legendary WSM 650-AM were treated to a special surprise first-time performance when the band appeared on the program Coffee, Country and Cody last month. Their heartfelt vocals and tight harmonies were on full display throughout the program, which also aired on the Heartland Network.

The upcoming project includes 12 new recordings, all highlighting the group’s unique style of Bluegrass, combined with other American music blends, including Gospel influences. The project marks newest member Anthony Howell’s first album as a part of Williamson Branch, where the multi-instrumentalist played on the entire record. Classy. Sassy. Bluegrassy places a spotlight on each member’s vocal abilities, with Kevin, Debbie, Melody, Kadence and Caroline Williamson each performing lead on different tracks throughout the collection. With a combination of upbeat fast-paced songs, mixed with slower ballads, there’s something for every music fan.

Classy. Sassy. Bluegrassy serves as the follow-up to the band’s 2018 release, Free. Over the past year, the group has become one of the most visible artists in the entire Bluegrass genre, gaining major momentum with their Gospel covers of I’ll Fly Away and Amazing Grace, which were sung by sisters Melody, Kadence and Caroline. To date, the former has amassed 12.5 million views, while the latter has been watched over 2 million times. Both videos premiered on the Country Rebel network, which is one of Country music’s biggest social platforms.

Fans can learn more about Williamson Branch by visiting their official website HERE. While there, they’ll be able to check the latest news stories, upcoming tour dates and more. It’s already been a busy year, with the band touring around the country. Next month, the road will take Williamson Branch to IBMA’s World of Bluegrass, where they’ll perform at several different showcases (check website for details).