Will The Circle Be Unbroken Revisit 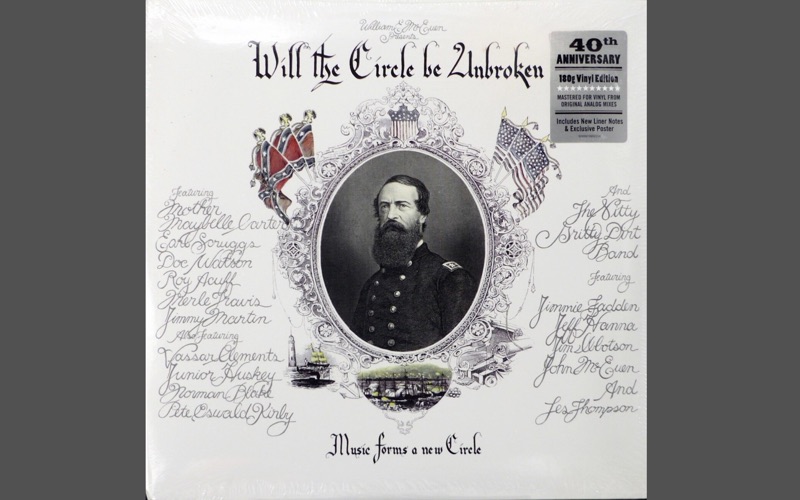 John McEuen Releases The Circle Project – The Story Behind The Seminal Recording Will The Circle Be Unbroken.

Some years ago I was introduced to an album which at the time had little significance to me as an emerging folk musician. The year was around 1974 perhaps 1975 and the album was called Will The Circle Be Unbroken. Little did I know at that time that this record was going to change my musical taste forever. I was enamoured at the ease with which the musicians on this album played along with each other and it was recorded live. Not something that was so common back then. This album was a landmark for traditional country music in its day and featured a collection of musicians who ordinarily would never have appeared together.

The album was a result of the collaboration of legendary Nashville bluegrass musicians and the Nitty Gritty Dirt Band in 1971. The NGDB are a Southern California country-rock-jug group. The album was declared by Rolling Stone magazine as: the most important album to come out of Nashville. The album has no equal either in the 1970’s or today.

McEuen gives an inside look at the making of The Circle Album covering each of its thirty-eight songs and sharing previously unseen photographs taken by the author and his brother Bill McEuen, who also produced the recording.

The story of the album begins after the Nitty Gritty Dirt Band’s cover of Mr. Bojangles became a surprise hit, when McEuen invited Earl Scruggs to join the band on a new project. Scruggs said yes, as did Doc Watson, Merle Travis, Jimmy Martin, Vassar Clements, Roy Acuff, Mother Maybelle Carter, and other country stars. For six days in the summer of 1971, the musicians sat in a circle facing one another, recording country and bluegrass standards in East Nashville’s Woodland Studios. Out of that magical collaboration came one of the most iconic albums in American history, one that melded musical worlds, bridged generations, and captured the essence of Americana. Now, fifty years on, John McEuen has extended an invitation to learn more about this time in musical history.