Wide Open At The Curve From Steve Gulley 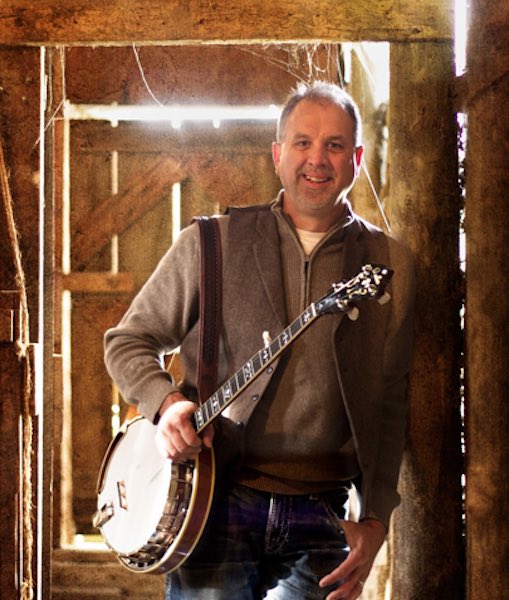 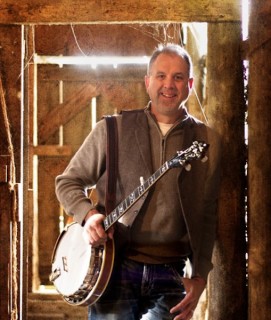 Rural Rhythm Records and Rural Rhythm Recording artist Steve Gulley have started a new series created to spotlight artists from the heart of the mountains. The music will be recorded at Gulley’s recording studio The Curve, in Cumberland Gap, Tennessee, nestled in the Tri-State area where Tennessee, Kentucky and Virginia meet near the base of the Cumberland Mountains.

The series is called Rural Rhythm Presents Wide Open At The Curve and will create single and album projects featuring Mountain homegrown talent who are ready for prime time and the national spotlight.

I’m so excited about the new, “Wide Open At The Curve”, recording series. When my good friend, Rural Rhythm Records President/CEO Sam Passamano II and I discussed upcoming projects we wanted to create together, we both agreed that we saw a glaring need for a vehicle that could give a voice for some great vocalists, songwriters and instrumentalists whom you may otherwise never see in the spotlight. This is a way to allow folks who have been seen in supporting roles, undiscovered or simply never stepped out front and center a way to be heard and seen on the national stage. Most of the talented people who’ll be included in the series have traveled all over the country and some, even worldwide as part of ensembles or groups but may never have been allowed to truly shine on their own. It is our intent to make that happen with this series of recordings. I can’t wait to share this fresh, new music with everyone. Get ready to hear some incredible new sounds from some uniquely talented people who, in my opinion, are long overdue – Steve Gulley.

Selecting the first project for “Wide Open At The Curve” was easy and comes from within the family. Stuart Wyrick and Steve Gulley were former band mates with the Dale Ann Bradley Band and label mates with Rural Rhythm Records where Gulley produced the first Brand New Strings album and brought the project to Rural Rhythm (Stuart played banjo for the group). Rural Rhythm Records released two Brand New Strings albums; No Strings Attached in 2010 and Stay Tuned in 2012. In addition, Wyrick wrote “That’s You” from the Stay Tuned album and that song reached Top 5 on the Bluegrass Junction – SiriusXM – Most Played Tracks in September 2012.

The upcoming album by Stuart Wyrick titled East Tennessee Sunrise, is scheduled for a Fall release and includes a good mix of strong instrumental songs and special guest vocalist songs. The album’s emphasis is on both instrumental and vocal songs, so two lead singles are being released, one instrumental and one vocal track. D.J.’s can download both singles; “Little Moonshine Johnny” and “Stitzenburg Breakdown” now on AirPlay Direct.

Many years ago I heard this song performed by Hard Times, a popular Bluegrass group in the Tri-Cities area in Tennessee. Keith Williams, the songwriter, and I grew up in the same rural community called Tater Valley. The song tells the story of a way of life for mountain folks that had no other way to provide for their families other than moonshining. Although Johnny is breaking the law, we find ourselves visualizing his hard work and cheering him on in his escape – Stuart Wyrick.

While on tour in Ireland, I heard another fellow banjo player, Jurgen Biller from Stuttgart, Germany perform this instrumental at the Ulster American Folk Park, Omagh. It has a Scruggs sound to it and it caught my attention. It displays an up tempo, yet traditional sound – Stuart Wyrick.

Wyrick, draws his talent from the hills of Union County in East Tennessee where many legendary artists have emerged including Roy Acuff, Chet Atkins, Carl Smith and Lois Johnson. Wyrick began his musical career at the tender age of 8 in a small rural community nestled in Luttrell, Tennessee called Tater Valley.

Wyrick is no stranger to Bluegrass music. Over the past few decades he has been a band member playing banjo in the Dale Ann Bradley Band since 2013 and stays busy performing with the award-winning artist nationally and internationally and especially enjoys performing at the Grand Ole Opry.

Before joining the Dale Ann Bradley Band, Wyrick was also a member of the popular Bluegrass group Brand New Strings who recorded two albums for Rural Rhythm Records and released several successful singles. The group caught the attention of the label when Brand New Strings won the SPBGMA International Band contest award in 2009. Prior to that, Stuart was a founding member of the Bluegrass Gospel group New Road who recorded six albums and the Better Way Quartet who recorded four albums and his first group The Tater Valley Boys.

Stuart’s love for the banjo started in the 70’s when his dad took him to see an Osborne Brothers concert at the WNOX auditorium in Knoxville, Tennessee. Soon after that he began buying bluegrass records with money he saved from working in tobacco and hauling hay, developing his banjo style by drawing from the sounds of Flatt and Scruggs, JD Crowe and the Osborne Brothers.

Rural Rhythm tells us that there will be more single and album announcements coming soon regarding the new “Wide Open At The Curve” series. Stay tuned.