What I Didn’t Say – Volume Five 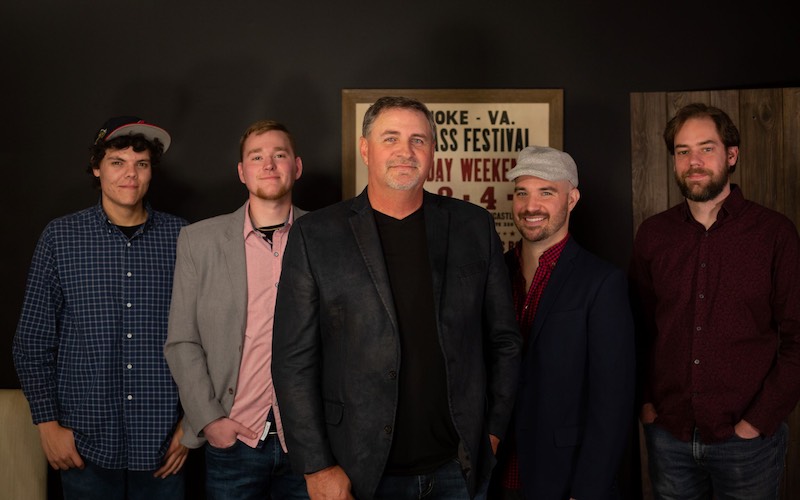 What I Didn’t Say, by the multi-IBMA award-winning bluegrass band Volume Five.

Mountain Fever Records has announced the new single, What I Didn’t Say, by the multi-IBMA award-winning bluegrass band Volume Five. This emotional song was written by Volume Five’s lead vocalist and fiddler, Glen Harrell, after he suffered the devastating loss of both parents in 2019.

I wrote this tune after losing my dad in a tragic accident while we were working together in August 2019. It brought me to the lowest place I have ever been in my entire life. No matter how much I try to tell myself that it will get easier to cope, the pain is always there. It was even more difficult because I lost my mother to cancer just two months before my dad passed away. Volume Five was performing in California when I got a call that my mom died, and it completely broke my heart that I couldn’t be with her. 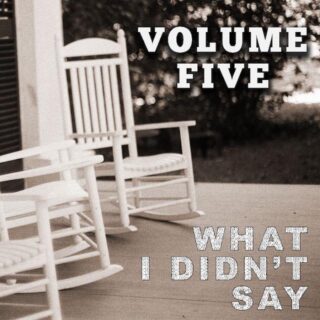 My parents lived a very simple and modest life. I cherish the memories of sitting on their front porch laughing and having a good time just talking about our lives and what was happening at that time. We have a large family, so we always had cookouts and enjoyed being around each other. When you lose your parents, you always wish you had asked them more questions, listened better when they were talking, told them everything you wanted them to know, and let them know how much you love them. If I had told mine every single day, it would still never be enough.

With this song, I just wanted to write something in memory of them and share a little through the lyrics about how losing my dad in the accident truly broke me as a human being. It took the life out of me, and I know I will never be the same. I loved my parents dearly, and I think about them every day. I hope this song will inspire everyone who hears it to take time and visit your mom and dad and spend quality time with them. We all think we will be ready when the time comes, and they leave this world, but I can tell you that even if they live to be 100, you will never be prepared – Glen Harrell.

Fans can preview the song here.

Volume Five, and their fans, endured another tragedy when their beloved banjoist Patton Wages suffered a stroke early in 2021, soon after the band’s recording session. Fortunately, Patton continues to improve and keeps fans apprised of his journey. Patton’s one-of-a-kind banjo talents are included on both current singles and will be on all tracks on the upcoming Volume Five album along with former band member Jeff Partin. Current members, Glen Harrell, Jacob Burleson, and Aaron Ramsey are also part of the track and upcoming album.

Glen continues to find solace and happiness in recording and performing with Volume Five, the band he originally formed in Mississippi as a casual jam band in 2008. Today, Volume Five’s sound is instantly recognizable. They have been highly successful on the bluegrass radio charts, including their recent single, “When Karma Comes Calling,” written by Ronnie Bowman and Terry Herd, that reached #1 seven times on the Bluegrass Today Top 20 charts. The publication also included this hit single on the Bluegrass Today’s Top 50 Songs of 2021, even with a late-year release.

Volume Five’s trademark sound is undoubtedly highlighted by Glen Harrell’s soulful and smooth lead vocals and complemented by the extraordinary talents of Jacob Burleson on guitar, Aaron Ramsey on mandolin, Chris Wade on banjo, and Zach Collier on bass.