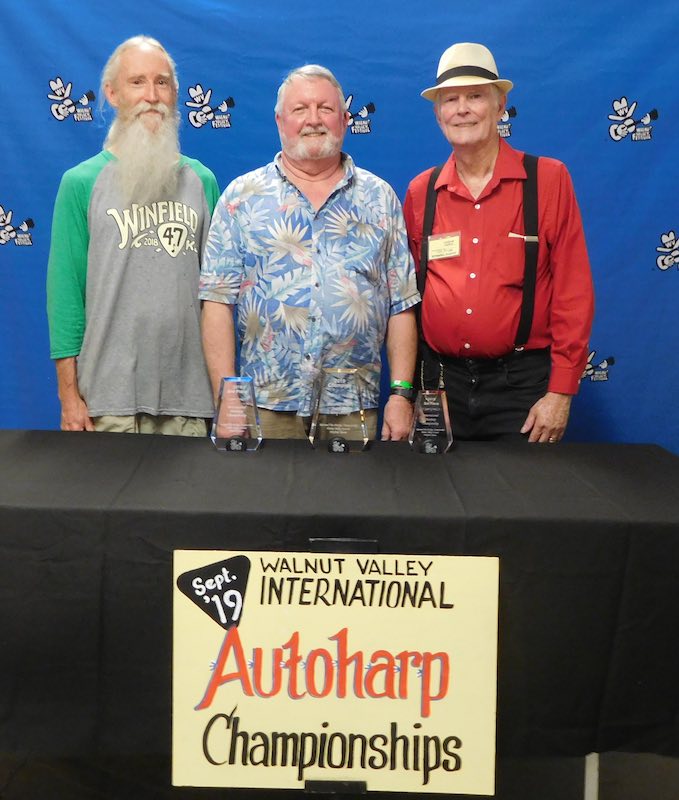 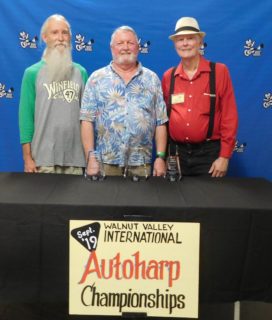 The Walnut Valley Association has let us know the winners of the 2019 International Autoharp Championship. This year’s contest hosted 10 contestants from 7 states. Each of the top 3 winners received a trophy along with a custom made autoharp.

The Walnut Valley Festival, held Sept. 18-22, 2019, draws a crowd of 10,000-12,000 people to Winfield, KS, to celebrate a blend of all kinds of acoustic music, including bluegrass, folk, Americana, a little bit of cowboy, some Celtic, blues, jazz, swing and more. This will be the 48th annual festival organized by the Walnut Valley Association (WVA). WVA also organizes eight national and international instrument contests, ranging from the flagship National Flat Pick Guitar Championship, to the International Finger Style Guitar, International Autoharp, National Mountain Dulcimer, National Mandolin, National Hammer Dulcimer, National Bluegrass Banjo and Walnut Valley Old Time Fiddle Championships. Winfield also hosts a series of workshops on the Wednesday of festival, where patrons can learn from some of the best musicians in the business on instruments ranging from guitar, fiddle, banjo and mandolin, to the hammer and mountain dulcimer.