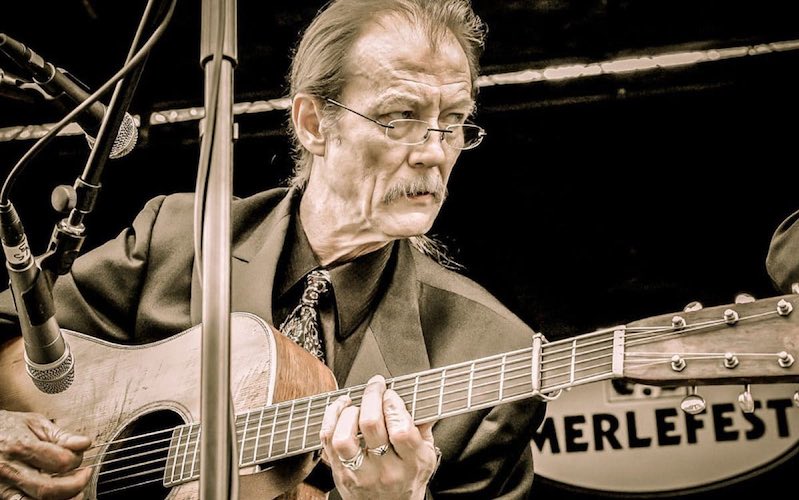 Tony Rice, one of the most influential and renowned bluegrass guitar players has died on Christmas Day 2020.

It is with a heavy heart we say goodbye to one of the most remarkable musicians in bluegrass music. Tony Rice’s vocals and guitar style set the tone of modern bluegrass music from the early 1970’s.

Born 8th June 1951, in Danville, Virginia, David Anthony Rice grew up in Los Angeles. He moved to Louisville, Kentucky in 1970 and there played with the Bluegrass Alliance. By 1975 Rice had joined J.D. Crowe’s New South to release one of bluegrass’s most iconic albums Jd Crowe and The New South. The band featured Tony Rice on guitar and lead vocals, JD Crowe on banjo and vocals, Jerry Douglas on Dobro, Ricky Skaggs on fiddle, mandolin and tenor vocals, and Bobby Slone on bass and fiddle.

Rice began releasing solo albums in 1973, starting with the simply titled Guitar in 1973 and followed by nearly a dozen others into the late 2000s.

Rest in peace, my guitar mentor. We lost a giant of the guitar on Christmas yesterday. Of course it all comes flooding through the mind, how many times we played together since we first met in 1975 – Mark O’Connor.

After meeting mandolin player David Grisman, Rice moved to the San Francisco’s Bay Area and joined what was then the David Grisman Quintet. He stayed with that troupe for several years contributing to the band’s benchmark instrumental debut album in 1977.

Rice went of to form his own band, The Tony Rice Unit, in the late ’70s, His music was moving into a new era then called Newgrass Music merging elements of jazz and bluegrass. The first album of that genre was called Acoustics, launching newgrass style for all to hear.

(Tony) Rice was “the single most influential acoustic guitar player in the last 50 years – Ricky Skaggs.

During the course of his musical career, Tony Rice brought his unique guitar playing and singing to a host of bluegrass ensembles including J.D. Crowe & The New South, David Grisman Quintet, Tony Rice Unit, and the Bluegrass Album Band. He also collaborated with renowned artists such as Ricky Skaggs, Norman Blake, Béla Fleck, Peter Rowan, Chris Hillman, and his own brothers, Larry, Wyatt, and Ronnie. Vale Tony Rice, a generation of musicians will miss your presence, others will hear your work in the future and like all of us continue to be amazed at your huge influence on bluegrass music from the 1970’s onwards.