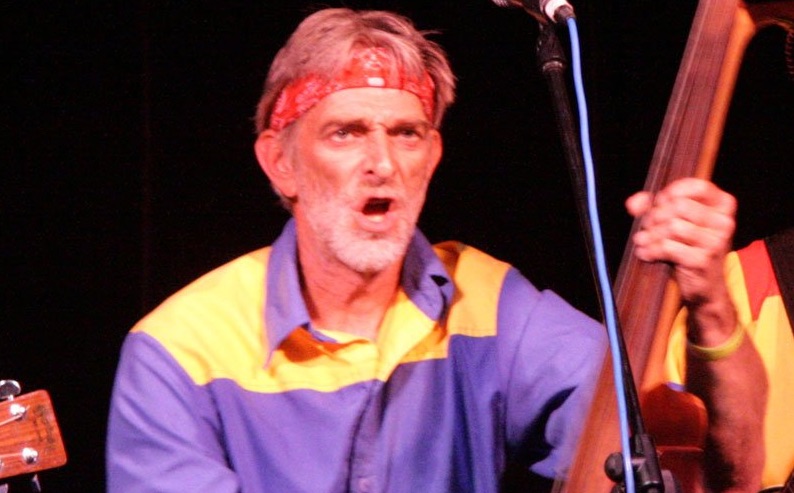 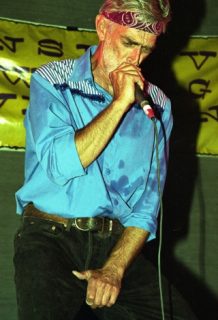 Fred Kuhnl for many years was the face of a variety of music styles through out Perth and surrounding regions. Not just a man of many musical talents but his comedic performances kept us in stitches when ever he performed. Perhaps best known Australia wide for his role as Stan Pede in the hilarious Sensitive New Age Cowpersons, a comedy team with loads of musical and comedy talent to spare.

Fred excelled on electric bass and acoustic double bass, as a singer and as a musical collaborator and wonderful comedy performer. While he was well known around the country as a fine double bass player and vocalist, it is his extraordinary stage persona that is most loved and respected. With facial expressions and gestures of a natural clown, and his unique brand of humour, he had the capacity to transfix a crowd, while reducing them to tears of laughter.

With his musical career spanning in excess of 50 years, Fred enjoyed both national and international success with his role in the famous Australian folk band The Bushwackers as well as The Sensitive New Age Cowpersons. In his early years he played with Perth’s first Chicago Blues band The Morganfield’s Jubilee Blues Band, a tribute to McKinley Morganfield of Muddy Waters.

Fred was born in 1950 in a small farming village in Wolfhagen in Hesse in West Germany. His mother played accordion, guitar, harmonica and sang, leaving Fred with his first musical influence. After arriving in Australia Fred purchased his fist bass guitar, a Hoffner electric, and started gigging around Perth playing with an Italian wedding band while studying music at the Perth School of Music. By 1969 Fred was playing with friends in a band caled The Perth Jug Band taking advantage of the emerging night spots around Perth that were becoming licensed live music venues.

By 1974,  Fred met fellow musician Jim Fisher who would become his lifelong friend. Together they drew on musical influences from artists such as Bill Monroe and The Bluegrass Boys, The Carter Family and The Singing Cowboy – Jimmy Rogers.  bringing those influences to their group called The Outlaws. 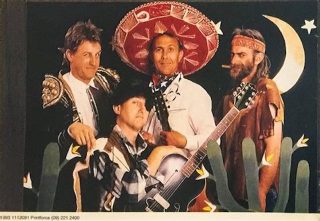 In the early 1980’s after a tour with the Bushwackers, relocated to Melbourne where he met and married Angie. His son Tom was born in 1983. 12 years later, following a marriage break up he moved back to Perth where he teamed up once again with his musical friend Jim Fisher. In 1994 they formed the now legendary Sensitive New Age Cowpersons. This band comprised Jim Fisher on guitar, John Reed on cittern, Martin Randall on banjo and Fred on double bass. After performing at the National Folk Festival that year the group wowed audiences and were booked for music events and festivals across the country.

Fred is survived by his sister Karen and son Tom.