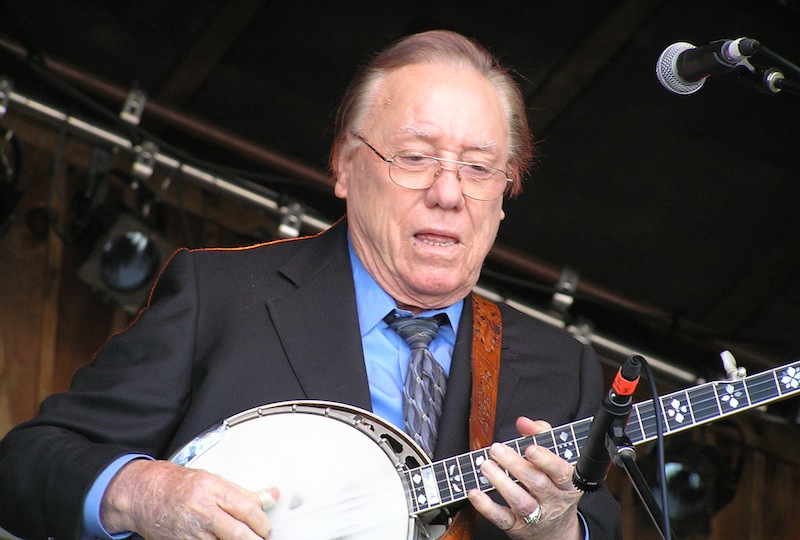 Earl Scruggs, legendary musician and pioneer banjo player has passed away at 88 years of age. Mr Scruggs passed away on Wednesday morning in Nashville Tennessee hospital from what is reported as natural causes.

Earl Scruggs’ lasting legacy simply cannot be overstated. During his time with Bill Monroe, guitarist Lester Flatt and the rest of the Blue Grass Boys, Earl Scruggs introduced the world to the then original sounds of the five-string banjo and thus became bluegrass music.

Earl Eugene Scruggs was born in Flint Hill, North Carolina on 6th January, 1924. Mr Scruggs achievements brought him enormous respect from his musical peers and earned him many accolades, including a prestigious Grammy Lifetime Achievement Award.

The following biography is taken from Earl Scruggs’ website – earlscruggs.com

Earl Scruggs was born and grew up near Shelby, North Carolina in Cleveland County. Located in the Piedmont section of the state, it is an area known for its strongholds of banjo enthusiasm. Earl’s father, George Elam Scruggs, was a farmer and a bookkeeper. He also played fiddle and banjo. Earl’s older brothers, Junie and Horace, and his two older sisters, Eula Mae and Ruby, played the banjo and guitar. His mother, Lula Ruppe Scruggs played the organ.

George Elam Scruggs died when Earl was only four years old. “Due to his eight month illness prior to his death, I never remembered his picking although I do remember him,” Earl says.

Earl began playing the banjo at the age of four using a two finger style picking. “The only way I could pick Junie’s banjo, or the old one my father played, was to sit on the floor with the body part of the banjo to my right and slide it around quite a bit, depending on what position on the neck I was attempting to play.”

When Earl was growing up, he spent most of his spare time playing the banjo. Since his father was not around, and he was deprived of fatherly companionship, his emotional outlet was in the music he loved. Then, too, there was nothing much for a young boy on a farm to do except work in those depression ravaged days. Whatever enjoyment he had, he found it playing the banjo. The family did not have a radio until he was in his teens. What he learned was self taught.

At the age of ten, he developed a style utilizing three fingers that was to become known world-wide as “Scruggs-Style Picking.” The banjo was, for all practical purposes, “reborn” as a musical instrument due to the talent and prominence Earl Scruggs gave to the instrument.

Earl lived on a farm and helped tend it after his father died. As a teenager, he attended high school in Boiling Springs, North Carolina. With his school, farm work and other chores, his past time became the five-string banjo and he spent every spare moment playing it. He was fascinated with the instrument. He played his father’s banjo and one his older brother owned until he was around eleven or twelve years old. The first banjo he owned was purchased from Montgomery-Ward mail order company and cost $10.95. He later bought a Gibson RB-11 that he owned when he began playing professionally. The one he has played over the years is a Gibson Granada. It was once owned by Snuffy Jenkins who purchased it for $37.50 in a pawn shop in South Carolina.

The area where Earl grew up spawned a number of banjo players; some played in the two finger style and some utilized the three finger style. This banjo picking style originated around a small area where Earl grew up and was not heard in any other part of the country except in that general region of North Carolina. He relates the incident on how he developed the three finger style that was later to bear his name. He and his brother had been into an argument and Earl went into his room and closed the door. He was playing a tune on the banjo titled “Ruben.” He was subconsciously picking when he suddenly realized he was using three fingers rather than the usual two– the thumb, index and middle finger. He had been trying to play with three fingers and had not been able to do so. His brother said Earl came running out of the room yelling, ‘I’ve got it! I’ve got it! I can play with three fingers!” He became so engrossed in playing the tune that he did not try playing anything else for a week. His older brother came over to visit and ask him if that was all he could play! Earl said it shocked him because he had the banjo in a D tuning all week and had not even tried another tune! However, when he did change the tuning, he was able to play other tunes on the banjo with the three finger method. As he progressed with his playing, he had the ability to develop a different approach from the style he had heard played by other banjo players in the area. He smoothed out the rolls into a syncopated rhythm pattern. He emphasized the melody lines and had excellent timing and tone with his playing. The style he developed was a method that had not been heard before.