Under The Rocks From BC Canada 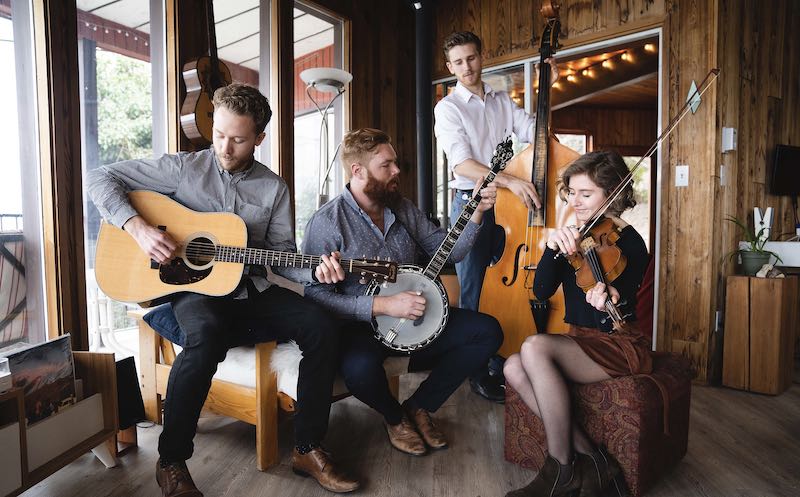 Here is news of a band from British Columbia in Canada.

Under the Rocks is an energetic young string band based out of British Columbia, Canada. Their inspiration stems from traditional and contemporary American Bluegrass music. By their own admission, the band applies the modern sensibilities of its collective members to stand on the shoulders of tradition and make music that is creative, reflective, relevant and entertaining.

We pride ourselves on the energetic and dynamic nature of our live shows which feature an eclectic mix of musical styles and stories that we hope makes you want to dance and sing, or sit and listen. Whether it is exciting instrumentals, melodic harmonies or thoughtful lyrics Under the Rocks offers something captivating for most everyone – Chris Baxter.

About Under The Rocks:

Under the Rocks is a 4-piece bluegrass band that has been together as a full band since 2016, but started as a duo years earlier. Comprised of Chris Baxter on mandolin and banjo, Jordan Klassen on guitar, Drew Schulz on upright bass and Chloe Davidson, a 3-time Provincial fiddle champion and Canadian Masters competitor.

Drew had not touched an upright bass until his first practice with the band in summer 2018 as he had always been a guitar player, but stepped into the role of bassist when the previous bassist left. Under The Rocks have come far since 2016. From playing in backyards to bars to touring Western Canada in summer of 2019, they released their first album in the Spring of 2018.

The band has since recorded its latest studio album in their hometown of Kelowna, B.C., with the help of producer Andrew Collins and with mastering done by David Travers-Smith. Band highlights include playing the main stage at Robson Valley Music Festival as well as opening for the Slocan Ramblers at the Mary Irwin Theatre. Our plan for 2021 is to get back to playing live! 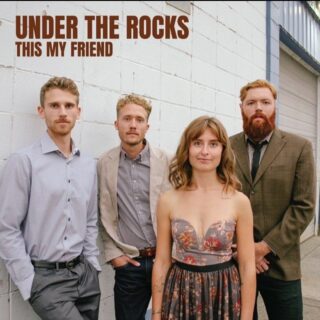 The song was written by Drew Schultz 5 years ago, and then arranged by the entire band for the upcoming album.

As my friend Bryce was leaving the town we both grew up in, he had collected photos of our friends from over the years and asked if I would write a song for him that could listen to as he looks over the photos of all of us. It just so happened I was also falling in love with a girl who was leaving our hometown for school across the country. My best friend and the girl I loved were both leaving me. So this song was written for my friend Bryce, but was also written for my girlfriend Akela. We are still together 5 years later, even though Bryce still thinks it was only for him. It’s a song about loved ones leaving you for a time and dreaming of the day they’ll be back – Drew Schultz.

The album entitled I Am Ready will be a 12 track and entirely original compilation of songs written individually and then arranged together as a band. Many of the songs written are about being ready to move on, or things coming to pass. The album will be out in early spring 2021.

Under The Rocks – Take Me Back Video: