TV Series for Dailey and Vincent 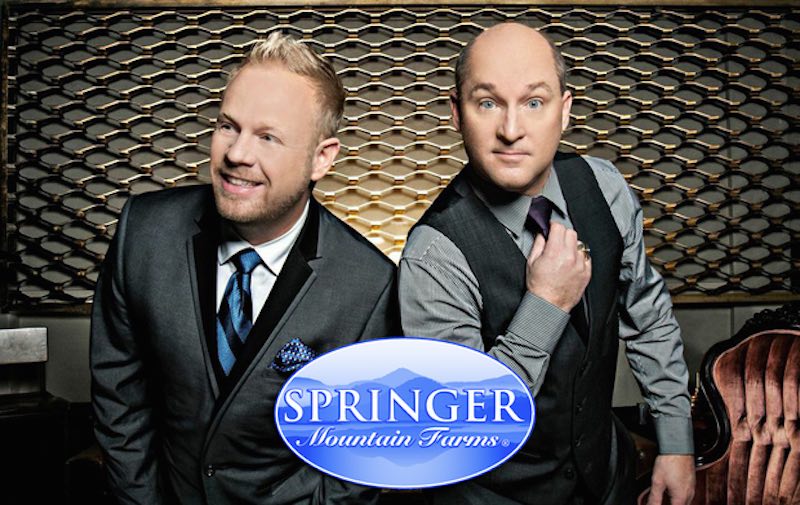 During their third consecutive sold-out show last night for Bluegrass Nights at the Ryman, Dailey & Vincent, proudly announced their first national, year-long TV series, The Dailey & Vincent Show. Presented by Springer Mountain Farms, the series is filmed in front of a live audience at the historical Franklin Theatre in Franklin, Tenn. and is scheduled for a Fall 2015 debut on RFD-TV.

Words can’t describe the joy and humbleness I feel as our TV show comes to life! We’ve been conceptualizing this show for years and it brings happy tears to my eyes now that our dreams have come true. This is truly a story of reaching beyond your imagination and deep within your soul to create the best music and television program that we can. I sure hope you enjoy watching The Dailey & Vincent Show as much as we’ve enjoyed making it – Darrin Vincent.

The Dailey & Vincent Show is slated to premiere on Saturday, September 5, 2015 at 9:30pm EST / 8:30pm CST on RFD-TV for a 26-episode run through the end of August 2016. This weekly 30-minute music, entertainment, and lifestyle show − chock-full of music, humor and fun − will include live performances by Dailey & Vincent and special guest artists, as well as cooking and interview segments. Each episode, produced and directed by Travis Television and executive produced by Zac Koffler of APEX Entertainment Management, will welcome some of Dailey & Vincent’s good friends and influences, such as Vince Gill, Dan Tyminski, The Oak Ridge Boys and Jimmy Fortune of the Statler Brothers among other famed Country, Bluegrass and inspirational acts. Episodes will air Saturday evenings on RFD-TV at 9:30pm EST / 8:30pm CST.

As a teenager I used to lie in the floor and watch my favorite TV shows, Nashville Now and the Statler Brothers Show and dream about what it would feel like to have my own TV Show someday. Now, thanks to our friends at Springer Mountain Farms Chicken and the hard work from our manager Zac Koffler, that dream has come true and I couldn’t be more excited or thankful – Jamie Dailey.

The duo’s first ever live album, “Dailey & Vincent – Alive! In Concert,” made a triumphant return to #1 on the Billboard Bluegrass Chart for a total of eight out of nine weeks at the top of the chart. Also with great success, the live DVD remains in the top 30 on the Billboard Music Video Sales Chart across all genres after debuting at #2 following the Foo Fighters.

Anyone interested in attending a live taping of the Dailey & Vincent show at the Franklin Theatre, should submit the following information to Emily@apexentertainmentmgmt.com.