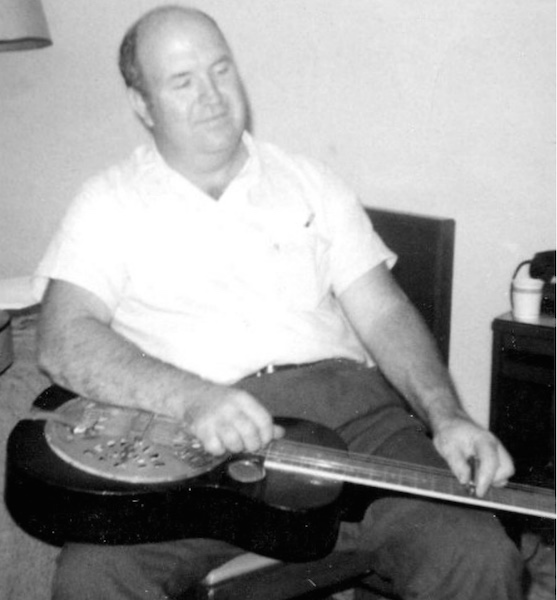 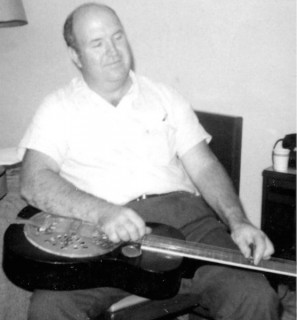 Tut Taylor, 91 years, old was originally from Georgia and became known as the flat-picking Dobro man, He was a regular feature at almost all MerleFest Music Festivals and was indeed scheduled to play this at this month’s Merlefest.

Tut taught himself to play the Dobro.  However, he didn’t know that the Dobro was  normally fingerpicked.  He assumed it was played with a flatpick, so that’s how he learned to play.  But he soon learned that he could hardly play tunes like the others that were playing with fingerpicks so he developed his own style and then wrote the tunes and arrangements to suit his flatpicking style.

I was born in Baldwin County Georgia up on the Oconee River near a little community called Possum Trot.  I was delivered by a wonderful old black woman called Lizzy Hubbard for some vegetables and other things to eat.   She delivered all the babies in the settlement for whatever folks could give her.  This was November 20,1923 – Tut Taylor.

He recorded for decades with many of the greats in country and bluegrass music, such as John Hartford, Porter Wagoner, Vassar Clements, Jerry Douglas and Norman Blake. Tut Taylor was inducted into the Blue Ridge Music Hall of Fame in June 2012.

Tut has also been a successful producer.  He produced Norman’s, Brother Oswald’s and his own albums for Rounder.  Then, in 1994, Tut, along with Jerry Douglas produced the classic album “The Great Dobro Sessions” for which they were presented a Grammy for the Best Bluegrass Album of the Year and, in addition, IBMA awards for Recorded Event of the Year and Instrumental Recording of the Year.