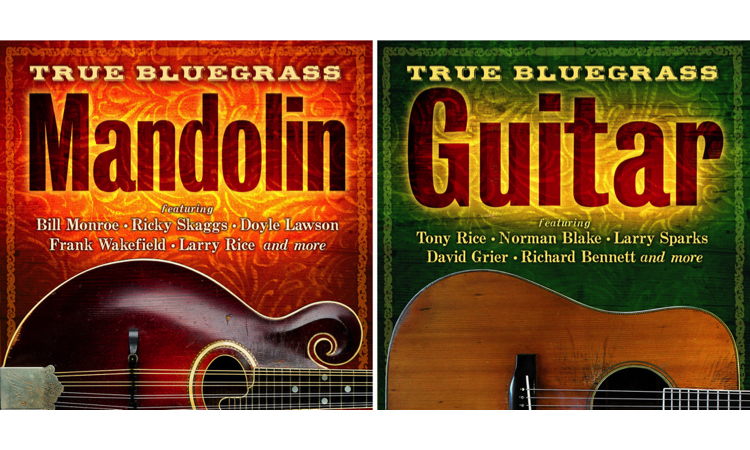 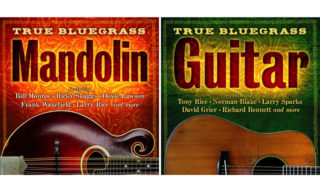 Drawing on the many talented artists who have recorded for Rebel and County Records over the years, these instrumental albums are sure to delight lovers of hard-core, traditional bluegrass music.

Following up on the successful release of True Bluegrass Banjo (REB-8006) and True Bluegrass Fiddle (REB-8007) in 2012, Rebel Records is excited to once again dig into its vast catalog and highlight two new instruments, the mandolin and guitar. These instrumental records highlight many of the fine artists who have recorded for Rebel Records and County Records over the years.

Ever since Bill Monroe debuted on the Grand Ole Opry in 1939 with mandolin in hand, the tiny eight-stringed instrument has been an integral part of bluegrass music. Rebel Records celebrates the mandolin with this latest addition to the label’s 8000 budget line series. With 18 tracks, True Bluegrass Mandolin (REB-8009) draws on 60 years of recorded history and features many top names and tunes from Rebel’s rich and abundant archive. Also included on the collection are several cuts from Rebel’s sister label, the venerable County Records.

A broad range of styles are showcased and present a little something for everyone. First and second generation performers such as Red Rector, Hershel Sizemore, Frank Wakefield, and Doyle Lawson provide solid links to the roots of bluegrass. Younger musicians including Alan Bibey, Dempsey Young, Jimmy Gaudreau and Larry Rice burst forth with inventive variations for the present and the future. Still others, like Butch Baldassari and Scott Napier, fuse youthful enthusiasm with the fundamentals of the masters. Among the highlights are Bill Monroe picking on his own showpiece Road to Columbus and tracks by Ricky Skaggs and Frank Wakefield that appear on CD for the first time. In fact, Wakefield’s Bill Cheatham, partnering with long-time cohort Red Allen is issued here for the first time anywhere.

True Bluegrass Guitar (REB-8010) is assembled from the huge catalogs of the Rebel and County labels and reads like a Who’s Who of bluegrass guitar picking. For starters, there is IBMA Hall of Fame member Tony Rice who is touted as the “most influential living acoustic guitar player in bluegrass”. Tony Rice is represented here with four tracks. Then there’s Tennessee native Cody Kilby, a 14-year veteran of Ricky Skaggs’s Kentucky Thunder and a former National Flatpick Guitar Champion. Lending an air of tradition to the project is James Alan Shelton who logged twenty years of service in Ralph Stanley’s Clinch Mountain Boys. David Grier is a three-time winner of the IBMA award for Guitar Player of the Year.

Also included here are those who are known for other talents but who also excel on the guitar. Kenny Baker was often introduced by Bill Monroe as the “greatest fiddler in bluegrass music” – yet he was also a masterful guitar player. Larry Sparks is known as one of the most soulful singers in bluegrass; his version of “Carter’s Blues” though shows that he is equally adept on the six-string. Long-time Country Gentleman leader Charlie Waller was likewise a stunning vocalist who occasionally – but brilliantly – shone on the guitar. With nineteen tracks, an exemplary set of A-List pickers, and one low budget price, Rebel Records is proud to release True Bluegrass Guitar.