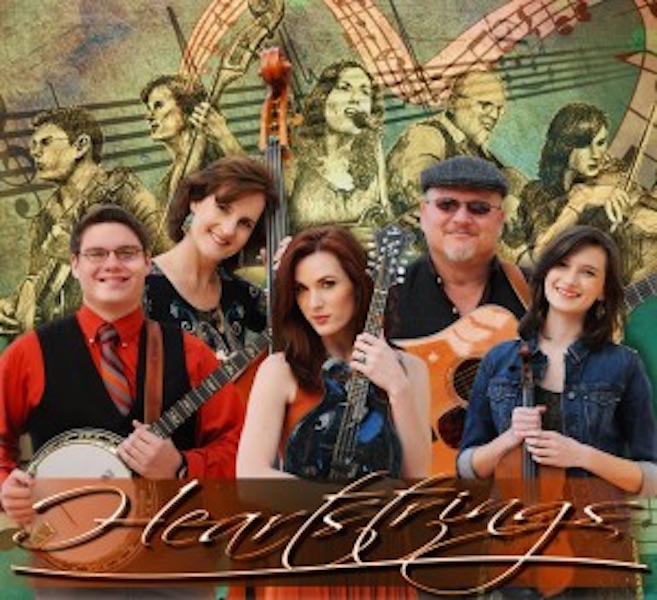 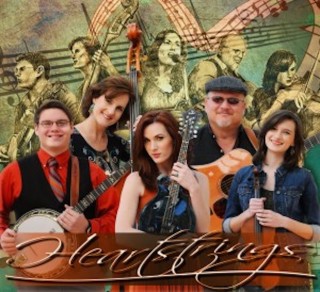 Orange Blossom Records has announced the upcoming album, Heartstrings by Trinity River Band, to be released on 12th May 2015. The album was recently recorded at National Media Services in Virginia with Executive Producer Mike Harris and Producers Will Shenk, Sarah Harris, and Joshua Harris.

Trinity River Band members, Mike, Lisa, Sarah, Joshua and Brianna Harris are joined by special guests Marty Raybon on the song “Fences” written by Mark “Brink” Brinkman and Dale Pyatt, along with the talents of Mark Johnson on the song “Tell Me Darlin” written by Anne and Pete Sibley.

Fans can expect the first single and title track “Heartstrings” to hit radio mid-April. The song, written by Mike Harris, is certainly highlighted by the tight family harmony featuring daughter, Sarah Harris on lead vocals. Sarah has received two consecutive nominations by the International Bluegrass Music Association for the Momentum Award in the Performance, Vocalist category.

Trinity River Band has received chart success and media attention for their previous albums: Better Than Blue, Today Don’t Look Like Rain, Time To Move, and their latest Christmas album, On A Morning Like This.

Heartstrings tracks include:
1. You Can’t Walk All Over Me
2. Heartstrings
3. Rusty Old American Dream
4. Going Down Hard
5. Tell Me Darlin’
6. Mindbender
7. Fences
8. How Blue
9. Give God The Power
10. Where Are You Tonight, I Wonder
11. Blue Mandolin
12. Only Here For A Little While