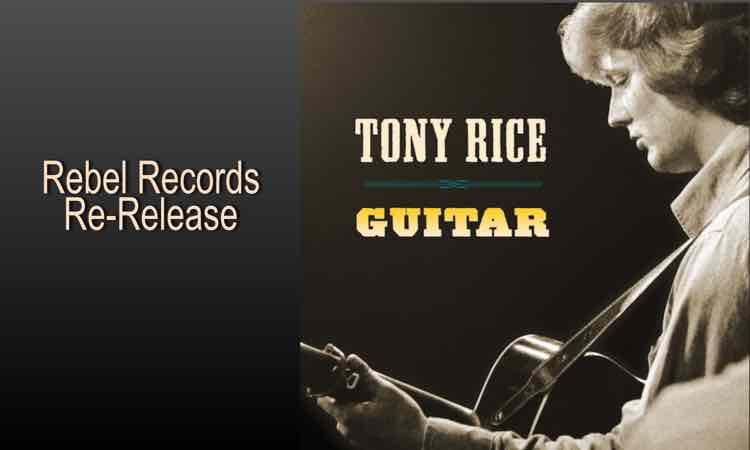 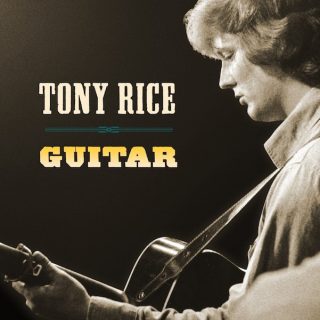 Guitar was Tony Rice’s first album. At the time of its recording, no US label was interested enough to issue the record stateside, so a couple of duly impressed Japanese fans released the LP in Japan. Later, as a member of J. D. Crowe’s Kentucky Mountain Boys (along with his brother Larry Rice and Bobby Slone), Tony became a phenomenon in the States and the rights to the record were bought out by Rebel Records, where the album remains a favourite today.

With Tony Rice in fine form vocally and his always amazing guitar work, this is where you will find his signature versions of Freeborn Man, Doin’ My Time, Nine Pound Hammer and John Hardy, plus his nine-minute tour-de-force rendition of closing track Lonesome Reuben.

Tony Rice is world-renown as one of the greatest bluegrass guitarists ever. His credits include stints with the Bluegrass Alliance, J. D. Crowe’s New South, and the David Grisman Quintet. Since the early 1980s, he has toured and recorded as a solo, yet he has maintained ties with other artists by recording duet and various artists collections with Ricky Skaggs, Norman Blake, Peter Rowan, Chris Hillman, Herb Pedersen, and others. Among his most notable compilation efforts was his participation in the Bluegrass Album Band series.

A native of Danville, Virginia, Tony grew up in California where he was exposed to the bluegrass music of his father as well the West Coast-based Country Boys (later known as the Kentucky Colonels). When Tony moved East in the early 1970s, he eventually hooked up with J. D. Crowe, and it was with Crowe’s group that he recorded his first solo album. It was called simply, Guitar.

The album came to Rebel in a roundabout way. It was recorded in Lexington, Kentucky, first appeared on a record label in Japan, made its way back to Kentucky for release on a regional label that was acquired by Rebel in the late 1970s. By the time of its 1980 release on Rebel, the album was in broad circulation. As Tony was working in J. D. Crowe’s band at the time, it was quite natural for J. D., Larry Rice and Bobby Slone to provide the instrumental backing. Recorded at a time when progressive sounds and styles were treading on the traditional framework of bluegrass, Guitar was praised for walking the fine line of spotlighting Tony’s prowess on the instrument while remaining very much a “band” recording.

In 1974, Tony was in the studio again to record his second solo album and his first to be made specifically for Rebel. Titled California Autumn, the album definitely bore the imprint of the Rebel family of artists. It was produced by John Starling, guitarist for one of Rebel’s flagship bands, The Seldom Scene. That group also lent the talents of bassist Tom Gray, banjoist Ben Eldredge and ace Dobro player Mike Auldridge. Ricky Skaggs, who was in the process of recording his own solo album for Rebel, appeared on fiddle, viola and mandolin. Also appearing on Dobro on two tracks was a young Jerry Douglas. In a career that now spans nearly 40 years and his appearance on over 1,600 recorded projects, California Autumn marked some of Jerry’s first work as an in-demand session player. Last, but not least, J. D. Crowe played the banjo on just one track.

Guitar and California Autumn both capture a guitar virtuoso at the start of a celebrated career, although – as these albums testify – he had in large part already arrived.