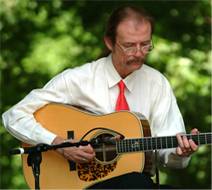 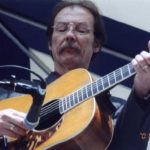 Tony Rice is an undisputed master of the flat top acoustic guitar and his music has been an international benchmark for many during the course of his musical career spanning more than 40 years. Tony Rice has recorded and performed with an overwhelming variety of musicians who themselves have hugely influential careers. These include Jerry Garcia, David Grisman, Emmylou Harris, Ricky Skaggs, Stéphane Grappelli, Doc Watson, Norman Blake, and Peter Rowan, JD Crowe and Dolly Parton.

Paul Warren’s bluegrass roots date back to his association with Lester Flat and Earl Scruggs after replacing then fiddle player Benny Martin in the Foggy Mountain Boys. Warren appeared on each of the many Flatt and Scruggs records from 1954 through until 1969. Flatt and Scruggs went their separate ways in 1969 and Paul Warren went on to play in Lester Flatt’s new band called Nashville Grass.