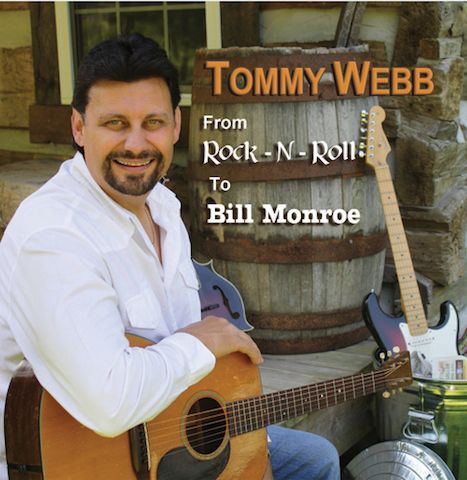 In celebration of Bill Monroe’s 100th birthday, Tommy Webb has announced his new single release, From Rock-N-Roll to Bill Monroe available to radio now via New Cuts of Bluegrass and Airplay Direct.

Tommy says that this catchy up-tempo beat will have you tapping your toes and singing along with its catchy lyrics that describe singing rock-n-roll to playing bluegrass like the legendary Bill Monroe whose songs are as well known today as they were 50 years ago.

The album was recorded at the Sleepy Valley Barn in Russell Springs, Kentucky and is set for release 6th September 2011. From Rock-N-Roll to Bill Monroe includes the talents of The Tommy Webb band members:  Tommy Webb, Chris Goble, Josh Huff, and Jared Doss.  They are joined by special guests and three members of the hot new group, The Boxcars: Adam Steffey, Harold Nixon, and Ron Stewart who also produced this exciting new project.

Not only is Tommy Webb a great singer, he is a singer that has the soulful quality that defines the truly gifted and separates the great ones from all the others – Adam Steffey.