Tom T and Dixie Hall to Hall of Fame 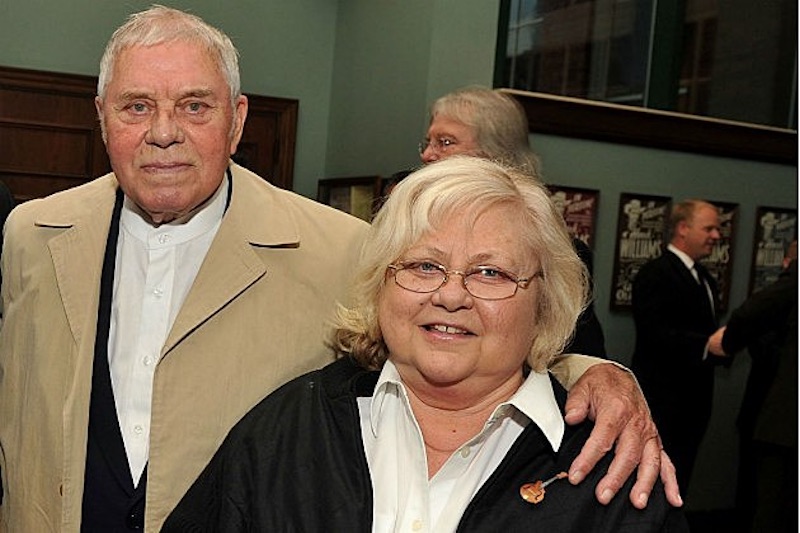 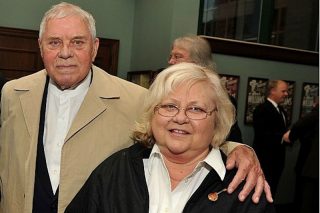 The Bill Monroe Bluegrass Hall of Fame has announced that Miss Dixie and Tom T. Hall as their 2018 Hall of Fame Inductees. The award ceremony will be held at the 44th Annual Hall of Fame and Uncle Pen Bluegrass Festival on Saturday, September 22, in Bean Blossom, Indiana.

Hall of Fame selection is based on making substantial and enduring contributions to bluegrass music, and the Halls have contributed in a variety of ways for a half century.

Songwriting has been their most public contribution, dating back to 50 years ago when Miss Dixie co-wrote songs with Hall of Fame member Maybelle Carter and Tom T. was writing for Hall of Famers Flatt & Scruggs. In 1999 Miss Dixie and Tom T. began writing songs together. Since then, 3,000 have been recorded. Miss Dixie, the most prolific female bluegrass song writer of all time, has had over 500 of her own songs recorded.

The Halls were so successful together, they won the Society for the Preservation of Bluegrass Music in America’s (SPBGMA) “Bluegrass Songwriters of the Year Award” for 10 consecutive years. At that time they were awarded the Grand Masters Gold and had “their jerseys retired” from the category. In a 10 year period, the Halls averaged over 2.4 songs a month on the Bluegrass Unlimited top 30 song chart. Eleven of the Hall’s songs went to #1, and some months they had as many as five songs at the same time on the chart! In 2004 they were awarded the International Bluegrass Music Association’s (IBMA) “Distinguished Achievement Award” for their lifetime contributions to bluegrass music.

Besides songwriting, the Halls have had a positive influence on the genre by helping young and struggling artists. They started their own publishing company (Good Home Grown Music) and their own record label and studio (Blue Circle Records) at home at Fox Hollow, near Franklin, TN. Often the Halls provided rooms in their home, meals and free studio time to young, up-and-coming artists. They also gave personal encouragement. Miss Dixie felt the bluegrass community was her family as she helped build careers and thus increased the number of successful new bands along the way.

Helping bluegrass was not new to Miss Dixie. As far back as the ‘60s, she started promoting bluegrass groups in the UK and then moved to the States where she promoted groups like The Stanley Brothers, The Lonesome Pine Fiddlers and Bill Clifton for Starday Records.

Tom T. has recorded a number of significant bluegrass recordings: The Magnificent Music Machine, The Storyteller and the Banjo Man, and Tom T. Sings Miss Dixie. Because Tom T. was one of the biggest country music stars of his generation, these recordings not only brought good music to the bluegrass community, they also brought bluegrass into the homes of country music fans not familiar with the genre.

Although Miss Dixie left us too soon on January 16, 2015, the Halls’ contributions to bluegrass music continue to be felt. Their bluegrass songs still top charts and the artists they encouraged are still flourishing, three years after her passing.

For more information on the , please visit The Bill Monroe Music Park Site.