Tom Eure – The Coin, The Prayer & The Crow 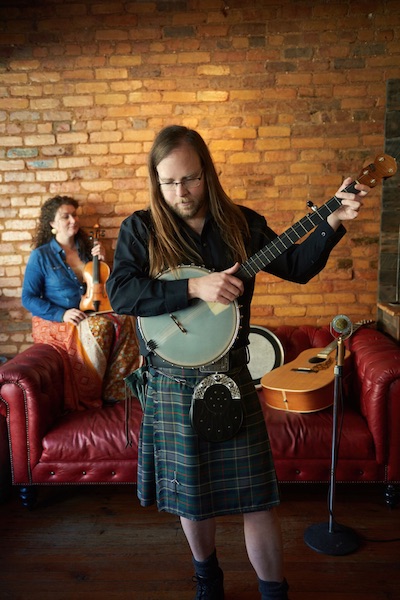 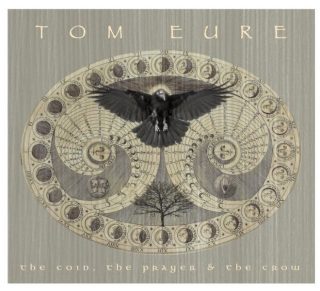 Tom Eure has released The Coin, The Prayer & The Crow, his 6th original album. The singer/songwriter and multi-instrumentalist creates music that is at once robust, and the next moment lilting. It is a heartfelt fusion of Folk, Celtic, and Appalachian influences.

As a sought-after studio musician, Eure has appeared on over 45 albums, smoothly transitioning between genres. He’s the fiddler for 2015 CMA award winners Flatland Tourist, spent seven years with the Cajun band Carolina Gator Gumbo, and is part of the Celtic music group Thistledown Tinkers. Experiences with such varied acts have served to enhance Tom’s “folk process” of absorbing musical traditions and allowing them to shape his own unique sound.

Because I play several instruments, I’ve been lucky enough to work with bands from all types of genres. I’ve worked with acts in Celtic, Cajun, Americana, Rock and more, and every one of those experiences influences my playing and my writing – Tom Eure.

The Coin, The Prayer & The Crow finds Tom Eure joined by a new musical partner, Amelia Osborne, who is equally skilled at fiddle, banjo, bodhrán, mandolin, and as a vocalist. The two multi-instrumentalists swirl together fiddles, banjos, drums, mandolins, guitars, and rousing vocal harmonies, painting a musical picture that is fresh and uplifting. 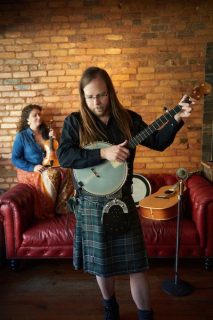 I feel like my music career has not been unlike a world traveler. I’ve been visiting all these wonderful places and am able to bring my favourite parts back with me. Picking up on something and passing it along, sharing it, that’s what folk music is all about. The new album is a celebration of life, love and music that is the next logical step in what I call my ‘folk process – Tom Eure.

Eure has performed at top venues including The Blue Bird Cafe in Nashville and the iconic CBGB’s Gallery in New York City, as well as theaters, festivals and Highland Games throughout the states. Tom has opened for some of the best in the business, including James McMurtry, Chris Smither, and the late Warren Zevon. In concert with Osborne, the duo moves seamlessly from one instrument to another, keeping the performance fun, fresh, and engaging. They draw on their many musical influences to create a sound that is new yet familiar, risky yet comfortable, and always with a focus on the integrity of the song.

The Coin, The Prayer & The Crow is available now. The collection of 13 songs is a joyful retrospective of Tom’s Celtic and Appalachian influences with an eye set on the future.