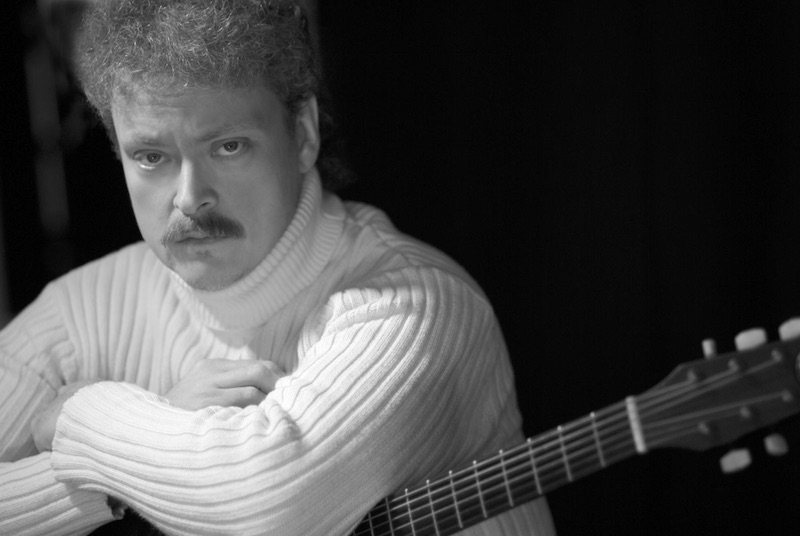 Tim Stafford has won an array of awards including Grammy, Dove, IBMA and SPBGMA as a singer, songwriter and guitarist. 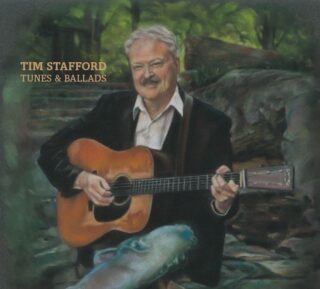 Tim has just released his fourth solo album named Tunes and Ballads. He is a former member of Alison Krauss’s Union Station and a founding member of perennial Bluegrass powerhouse Blue Highway. He was awarded IBMA’s Songwriter of the year in 2014 and 2017 and co-wrote IBMA’s 2008 Song of the Year, Through the Window of a Train.

Tunes and Ballards features 16 of Tim’s compositions, 10 instrumental and 7 vocals, along with a cover of Bobby’s Hebb’s 1960s anthem Sunny. Like the title suggests, the album is a mix of solo, duet and trio instrumentals, much like those featured on Tim’s critically-acclaimed 2017 release Acoustic Guitar. Four of the ballads were co-written with Tim’s friends and collaborators Craig Market, Joe Newberry, Jon Weisberger, and the late, great Steve Gulley.

The album also includes stories about great ships like the Titanic and Arizona, historical figures as disparate as Buffalo Bill Cody and Jack the Ripper, and tales of the loss of ways of life and old guitars. There are both flatpicked and fingerpicked originals. Tim was named the SPBGMA guitar player of the year in 2001 and 2015.

Tim was born and raised in Kingsport, Tennessee. His mother’s Browder side of the family was musical, and his twin sisters play piano and sing. After starting out on drums, Tim discovered bluegrass in the mid-1970s as a freshman at Ketron High School, becoming a banjo player. He switched to guitar in the late 70s and became a member of several groups, including Mountain Memories and The Boys in the Band. In the late 1980s,

Tim formed Dusty Miller with Adam Steffey and Adam’s wife at the time, Tammy Rogers (later a founding member of the Steeldrivers), Brian Fesler (Band of Ruhks) and Barry Bales. Alison Krauss hired Tim, Adam and Barry in 1990 and Union Station proceeded to record a Grammy-winning CD, Every Time You Say Goodbye (Rounder, 1992). After leaving the band in 1992 to spend more time with his family, including his infant son Daniel, Tim worked odd jobs and taught at different colleges and universities until he formed Blue Highway in 1994 with Wayne Taylor, Shawn Lane, Rob Ickes and Jason Burleson. The band is one of the most decorated and influential in bluegrass history, having been nominated for 3 Grammys, winning a Dove Award, and nearly 30 IBMA Awards.

In March 2016, Blue Highway was named the most popular bluegrass artist in history in an online poll by Bluegrass Today. Tim is a prolific songwriter, with over 250 songs recorded. He co-wrote IBMA’s 2008 Song of the Year, Through the Window of a Train, and was named IBMA’s Songwriter of the Year in 2014 and 2017. In addition, he is a sought-after studio musician, having recorded with over 75 artists in addition to Blue Highway, including Willie Nelson, Kenny Chesney, Jorma Kaukonen, Jesse McReynolds, Benny Sims, Marty Raybon, Joe Isaacs, Ronnie Bowman, Charles Sawtelle, Tony Trischka, Larry Sparks, Jim Mills and many others.

Tim was named SPBGMA Guitar Performer of the Year in 2001 and 2015. He has produced many award-winning records for various artists, including Kenny Chesney, The Infamous Stringdusters (IBMA 2007 co-album of the Year) , and Knee Deep in Bluegrass, the Acutab Sessions (IBMA 2001 Instrumental Recorded Performance of the Year).

Tim and Caroline Wright co-authored Still Inside: The Tony Rice Story, the critically-acclaimed authorized biography of bluegrass Hall of Fame member and living legend Tony Rice. Tim gave the keynote address at the 1994 IBMA World of Bluegrass in Owensboro, KY and has been on the IBMA Board of Directors two different times, serving as Vice Chair from 1995 to 1998. He is a former Board member of the Foundation for Bluegrass Music and currently sits on the Bluegrass Hall of Fame Nominating Committee.

On May 8, 2015, Tim was named a Distinguished Alumnus in the Arts by the East Tennessee State University National Alumni Society. Tim released his first solo record, Endless Line in 2004 on FGM Records to critical acclaim. It was nominated for IBMA’s Instrumental Recording of the Year in 2005. His second, Just to Hear the Whistle Blow, was released in July 2014; his third, Acoustic Guitar, in September 2017. Other projects include three duet records–one with the late Steve Gulley, Dogwood Winter, in 2010 and What We Leave Behind: A Songwriters’ Collection, with Bobby Starnes in 2018, as well as another Gulley/Stafford duet record on Mountain Home Records to be released in 2021.