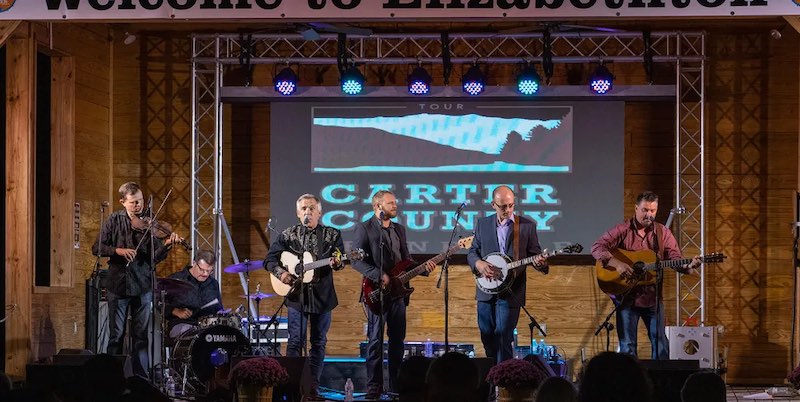 The Tim Raybon Band has unveiled their upcoming single Sally Johnson. It will serve as the second release from the group’s forthcoming album, coming later this year via Pinecastle Records. It’s a fiddle-driven Bluegrass tune that is very fast-paced, and stays true to the band’s signature sound.

It will be available for consumer download and streaming on May 5th, and fans can pre-save it here.

Written by Tim Raybon, Sally Johnson tells a love story centred around a farming couple who found love and created a family that expanded for multiple generations. It’s told from the perspective of their grandchild who reminisces about the couple’s storied life.The song is the follow-up to the previous No. 1 hit, Leaving Cleveland. Following its release, the track shot all the way to the top of the Bluegrass Today Weekly Airplay Chart, where it spent multiple weeks in the peak position. 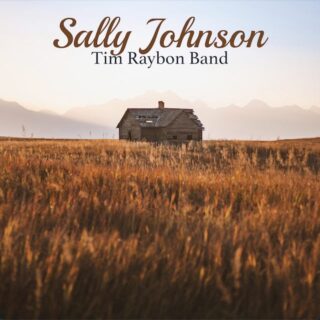 Since being formed as a band in 2018 by Tim Raybon and Daniel Grindstaff, the group has created their own signature sound which pays tribute to founding members of both Bluegrass and traditional Country genres. Raybon also looks to continue sharing his one-of-a-kind songwriting style which has taken the nation by storm, producing previous No. 1 hits like “Hello Sunshine,” “God’s Still In Control,” “I’m Leaving Town Tonight” and “Harlan Darlin’.” He also wrote a recent chart-topping hit for his brother Marty Raybon called “Walking the Floor.” It was a full circle moment, as both artists started out their careers as a duo called Raybon Bros, where they released their Gold-certified single “Butterfly Kisses” via Warner Music Nashville.

Learn more about the Tim Raybon Band by checking out their newly designed website www.timraybon.com, where fans will be able to find upcoming tour dates, check latest news stories and more.

Tim Raybon has a natural vocal ability that has been described as “real” – and combined with a growing list of number one songs he’s written, Tim is now considered one of the premiere singer- songwriters in Bluegrass, Traditional Country and Gospel music – a style he describes as “American Music”.

Tim’s musical trek began with his dad and brothers in the family band The American Bluegrass Express when Tim was only eleven. Based in Florida, the band met with great success throughout the South and afforded Tim the opportunity to sharpen his skills by playing festivals and concerts that were shared by some of the greatest legends in Bluegrass music. Tim will forever be grateful for the opportunity to have played with the likes of Bill Monroe, the McReynolds, and the Osborne Brothers.

Tim’s talent would soon be recognized far beyond his Florida home as the lead singer for one of the hottest nightclubs in the country, The Barn.

1997 brought a musical reunion to Tim and his brother Marty that produced the certified gold hit “Butterfly Kisses.” That same year the Raybon Brothers were nominated for the CMA Duo of the Year.

In 2019, Tim came back on the musical scene in Merle Monroe, a band that produced two number one projects along with 10 number one singles.

Now, in 2022, Tim is on the road with a list of extraordinary musicians as the Tim Raybon Band showcasing his story-telling ability through his masterful vocal delivery of a song.