Tim Raybon and Daniel Grindstaff – Oh The Joy Of Christmas 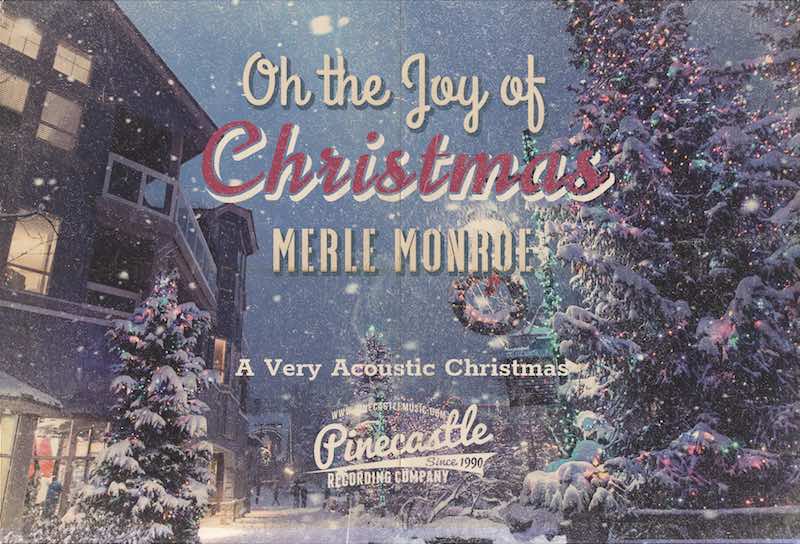 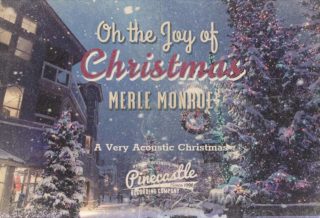 Combining the musical styles of the Father of Bluegrass with the Okie from Muskogee is an exciting proposition. Feeling that “Bluegrass and Traditional Country music is America’s music, the stories of the common man and the sounds of the mountains,” Tim Raybon and Daniel Grindstaff have formed the new band MerleMonroe. A new album is in the works for release in the spring of 2019. A preview of the group’s sound can be heard on the new Christmas release A Very Acoustic Christmas. Raybon penned the nostalgic Oh The Joy Of Christmas for the album.

With the goal of choosing songs that relate to everyday life and go “back to the country,” they, along with bandmates Jayd Raines and Josh Doss, hope to take your mind away from today’s current distractions on their new self-titled project for Pinecastle Records. They have worked extremely hard looking for and writing songs they feel will be different, yet still reflect their heroes’ music from years past. 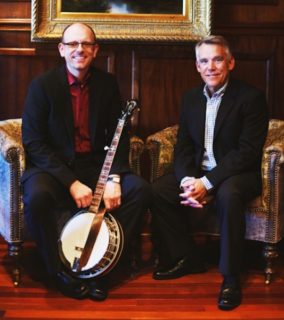 Tim and Daniel first met in the mid 2000’s when Daniel was performing with Marty Raybon at IBMA Fan Fest. They had only a short time to rehearse before they performed their set, but Tim will always remember his first impression of Daniel: ”He was the best banjo player I had ever heard and an adamant professional.” Daniel recalls that since first hearing Tim Raybon, “I have held his vocal abilities as being one of the best-kept secrets in the music business.” From the beginning they held a common bond in their love of the Osborne Brothers, Jim and Jesse, and Bill Monroe; they hit it off and have remained friends ever since.

Tim Raybon has a natural vocal ability that has been described as “real” – so real that it needs no electronic masking of any sort. His musical trek began with his dad and brothers in the family band The American Bluegrass Express when Tim was only eleven. Based in Florida, the band met with great success throughout the South and afforded Tim the opportunity to sharpen his skills by playing festivals and concerts that were shared by some of the greatest legends in Bluegrass music. Tim will forever be grateful for the opportunity to have played with the likes of Bill Monroe, the McReynolds, and the Osbornes.

Tim’s talent would soon be recognized far beyond his Florida home as the lead singer for one of the hottest nightclubs in the country, The Barn. Tim fronted many shows that featured the premier acts in Country music. From there he moved on to Nashville and began a career as a demo singer singing newly written songs many of which would eventually become the latest hit for the biggest stars in Nashville. 1997 brought a musical reunion to Tim and his brother Marty that produced the certified gold hit “Butterfly Kisses.” That same year the Raybon Brothers were nominated for the CMA Duo of the Year.

Daniel Grindstaff, born and raised in Elizabethton, Tennessee, is considered to be among the elite of banjo players. Beginning his musical career at the age of 18, he played the Grand Ole Opry with Jim and Jesse McReynolds; by the time he was 21, he was also joining the Osborne brothers on stage. In the fall of 2006, Daniel was touring with Marty Raybon and remained a significant contributor to Raybon’s studio recordings and concerts for the next five years. “April’s Fool,” released in 2007, was a well-received studio album from Grindstaff that included a plethora of well-respected contributing musicians.

Supported by career experiences that range from various TV and festival appearances to studio recordings to the stage of the Opry, Daniel Grindstaff and Tim Raybon have teamed up to create one of the best sounds to emerge on the bluegrass and country scene in years as the band MerleMonroe. Watch for their self-titled recording, “Merle Monroe,” on Pinecastle Records.