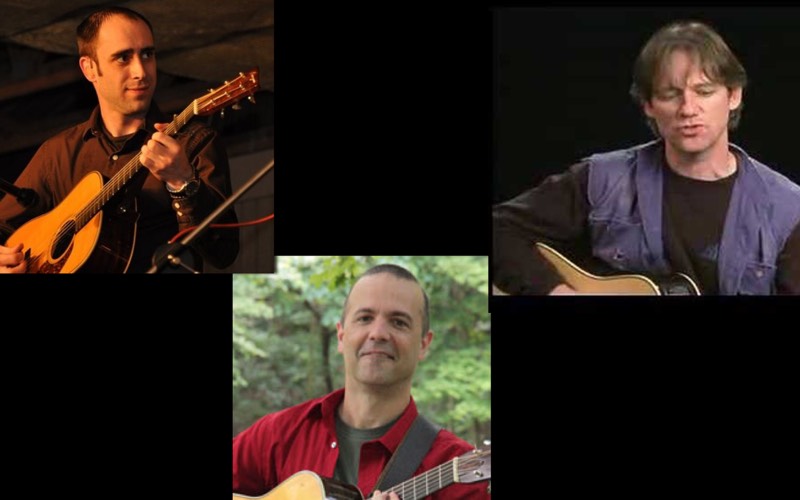 Searching YouTube clips yesterday I found these three flatpickers Cody Kilby, Brad Davis and Tim May. They show us three different styles and approaches to an old favourite Angeline The Baker.

Hope you enjoy this video as much as I did.

By now, the boy-wonder beginnings of star instrumentalist Cody Kilby are well-known to fans of bluegrass and acoustic music; a true prodigy, he picked up his dad’s banjo at age 8 and by the time he was 11, he had a Gibson banjo endorsement.

He started playing his mom’s guitar at 10, and by 17, he was the National Flatpicking Champion. He added mandolin and Dobro around age 13, and at 16, recorded Just Me, showcasing his mastery of all the instruments on the recording.

He was at home in the spotlight, competing under the pressure of many prestigious contests, performing at the Grand Ole Opry and on television shows like TNN’s Crook and Chase and Dick Clark’s Prime Time Country. But Cody’s early success didn’t spoil him for the hard work and dedication of the life of a professional musician, it only fueled his passion for exploring the endless potential of music, and more and more, he found his dreams were inextricably bound to the creative process of playing.

Davis was born in the Dallas, Texas and spent his life performing on stage and touring with bluegrass, country, and rock acts from all over the world.

His first band White Water, formed by Davis in 1997 featured Sam Bush, Marty Stuart, Stuart Duncan, and Roy Huskey Jr. and the group released only one album, No Gold On The Highway.

Tim May has been working in the Nashville area for over 20 years as a sideman, session player, band member and performer. Higher profile projects have included touring with Patty Loveless and John Cowan, and working as a regular on the Grand Ole Opry with Mike Snider.
T
im was the solo guitarist on Charlie Daniels’ recording of I’ll Fly Away, which was nominated for the Best Country Instrumental Performance Grammy in 2005, the same year he was session leader on the critically acclaimed Moody Bluegrass album (he later played on Moody Bluegrass II as well).