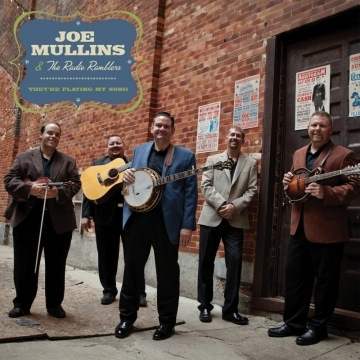 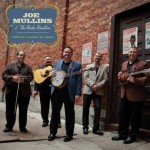 Rebel Records of Virginia has announced the October 16th release of They’re Playing My Song by Joe Mullins & The Radio Ramblers.  The band’s third studio album with Rebel is a blend of classic and contemporary bluegrass songs delivered in the bands’ rock-solid traditional style.  As a testimony to their growing following, the Radio Ramblers were recently nominated for the IBMA’s Emerging Artist of the Year Award for a second consecutive year.  Their newest recording is a must have for fans of traditional bluegrass.

A native of southwestern Ohio and son of legendary Bluegrass DJ, fiddler and pioneer Paul “Moon” Mullins, Joe Mullins is no stranger to the Bluegrass community.  He is known both for his work with Bluegrass and gospel radio and his years spent playing with popular groups such as Traditional Grass and Longview.  The Radio Ramblers have been together since 2006 and have developed a classic Bluegrass blend. It includes four solid and experienced musicians who are fully at home with Joe and present a highly dynamic sound: Adam McIntosh on guitar and vocals, Mike Terry on mandolin and vocals, Evan McGregor on fiddle and Tim Kidd on bass.

Three of the selections on They’re Playing My Song were written by members of the band, and many others pay homage to the rich bluegrass tradition in South-western Ohio, including “Lily” (from the repertoire of Ohio favorites the Boys from Indiana), “When the Snow Falls on My Foggy Mountain Home” (penned by Ohioan Dave Evans) and a live version of “Katy Daley” which was composed by Joe’s dad 50 years ago; classic country is featured in the inclusion of first single “Bottom of a Mountain” (once recorded by Johnny Cash), “Steel Guitar Rag” (popularized by Bob Wills) and even a new composition by the great country performer and writer Bill Anderson, entitled “Some Kind of War.”  And, as an antidote to all the heartache, “Our Old Kentucky Home” celebrates the pleasures of a long-term relationship, like the one bluegrass fans will continue to enjoy with Joe Mullins and the Radio Ramblers.

For more information on Joe Mullins & The Radio Ramblers, including band news and tour dates, please visit radioramblers.com and facebook.com/theradioramblers