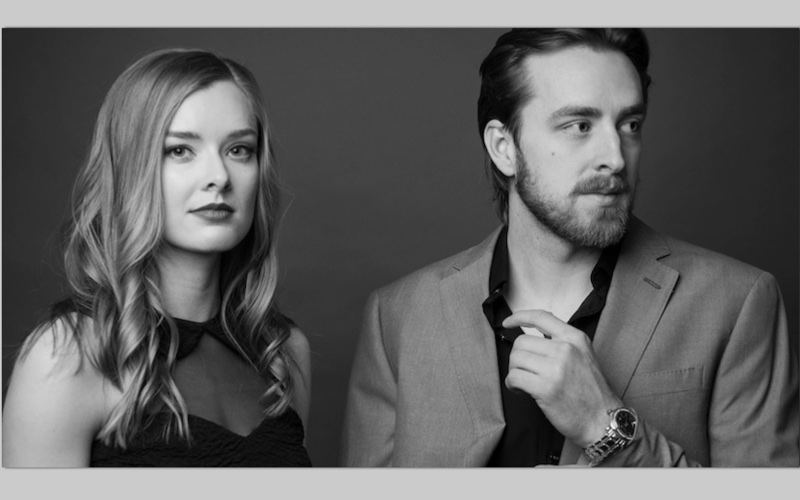 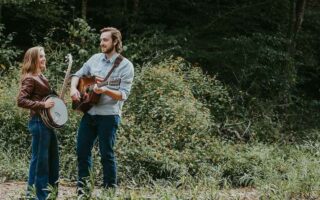 Mountain Fever Records has announced the release of Theo & Brenna’s cover of the Osborne Brother’s classic, I Can Hear Kentucky Calling Me.

The sibling duo Theo & Brenna honour their Kentucky roots with an energetic ode to the home place.  Written by songwriting couple Felice and Boudleaux Bryant, this song was first recorded by The Osborne Brothers in 1980 with strings, drums and tight sibling harmonies.  This recording had heavy influence on Theo & Brenna, due to the rendering of traditional bluegrass mixed with refreshing and progressive elements.  As children in a family band, Theo and Brenna had the opportunity to open for Bobby Osborne in their hometown of Winchester, KY. Now, years later, they incorporate multiple Osborne Brothers songs into their live shows, with I Can Hear Kentucky Calling Me being one of their fan favourites.

This video features Evan Winsor on bass, Mary Meyer on Mandolin, Julian Pinelli on Fiddle and Theo on guitar and Brenna on banjo.

About Theo and Brenna:

Theo and Brenna MacMillan are originally from Winchester, Kentucky where they grew up with ten other siblings. The two have played music together most of their lives and assembled the Theo & Brenna Band in 2018. Along with releasing studio projects featuring the duo’s original songwriting, the band maintains a busy schedule of live events both in their home city of Nashville and beyond.

Growing up, Brenna sang harmony parts in bluegrass bands, children’s choirs, church choirs, and family gatherings. She began to play the banjo when she was nine. Throughout highschool, she dabbled in various genres of music, performing anything from R&B hits to gospel numbers. Through adoption, the family changed dramatically in size and lifestyle when she was eleven, and at this time her love for the rhythm of a banjo roll developed from researching the banjo in West Africa and listening to Liberian drumming. In college, she joined Theo in the college bluegrass band, an experience that solidified a latent love for playing bluegrass music. Brenna toured with the Berea College Bluegrass Ensemble in the United States and Europe, and was the recipient of the Red Foley Memorial Music Award in 2018. She completed her Bachelor’s Degree in Chemistry and then moved to Nashville in May of 2018.
​
Brenna is often praised for her exciting banjo playing and gentle soprano singing. Her vocal abilities are highlighted by tonal purity. She loves traditional roots music, classic country, waltzes, and sad songs; she creates her own songs out of personal stories and writes regularly.

From a young age Theo had an intense interest in music. Performing in local choirs, churches, family concerts and talent shows kept him on the stage. He started playing piano at five years old and fiddle at seven. His interests in writing grew when he picked up guitar at eleven. Theo was introduced to bluegrass when Brenna was given a banjo that same year. Theo continued to write throughout high school and began to make plans to move to Music City after a visit to Nashville in 2010.

While attending Berea College, Theo was connected with Al White, the director of the Bluegrass Music Ensemble at Berea College (previously of the Bluegrass Alliance, McClain Family Band). Theo played with the Bluegrass Ensemble for three years, singing lead, harmonies and playing fiddle. His senior year Theo was given the Red Foley Memorial Music Award by Berea College for his role in the Bluegrass Ensemble and his active involvement promoting roots music on campus. Theo works as a software engineer in addition to playing with the Theo & Brenna Band.
​
Theo writes and co-writes regularly, supplying the band with new material to supplement other originals, traditional songs, and covers.