The Western Flyers Australian Dates including Live on Southern Style 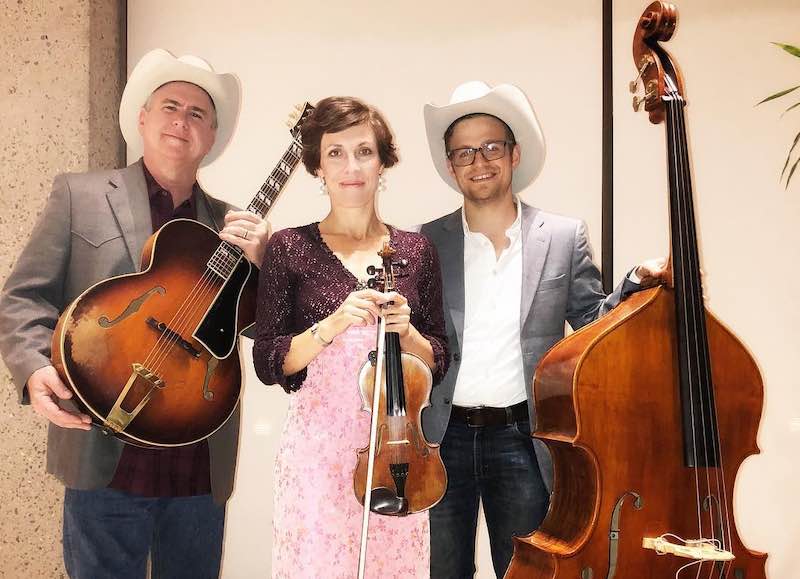 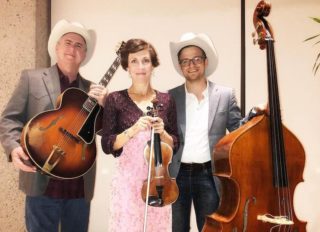 News from Jan Dale in Melbourne is that the Western Flyers will be performing live to air on Southern Style on Tuesday 26th February.

The Western Flyers are a multi award-winning Western Swing trio from Texas. This is their second visit to Australia. Everybody raved about them last time so it will be a special show.

The Western Flyers are one of the most exciting bands to glide on to the music scene in years. Their unique sound is a cross-section of the Great American Songbook: classic western swing, hot jazz & swing standards, vintage country & cowboy songs, and electrifying old-time fiddle tunes. The trio features arch-top guitar slinger Joey McKenzie, who brings his dynamic rhythm guitar style and smooth vocals to the band – along with Katie Glassman, a 3-time National Swing Fiddle Champion and vintage-style singer extraordinaire. The “Baron of the Bass,” Gavin Kelso, compliments the band in a mighty way with his incredible upright bass playing and baritone vocals. Dubbed The Biggest Little Band in the Land, folks often comment, “You guys sound bigger than you look.”

The Western Flyers have been honoured to receive recognition for their contributions to traditional American music. Last year started with a bang by being presented the coveted Ameripolitan Award for “Best Western Swing Group”. The Flyers’ were also honoured with the Western Music Association and the Academy of Western Artists Western Swing Album of the Year award for their debut album, Wild Blue Yonder. Katie was on cloud nine to be crowned Female Western Swing Vocalist of the Year by the Academy of Western Artists. Equally at ease on the concert stage, music festivals, and smaller performing arts venues, the Flyers’ appeal to a diverse cross-section of enthusiastic music fans young and old. Blending tradition with musical innovation,

The Western Flyers entertaining show is sure to astound the music fan in all of us.

I love The Western Flyers. They are a fearlessly dedicated band that swings hard. Joey, Katie and Gavin, in the words of Handsome Harry, “Lay it down where it stays down till they leave town”. Their music makes me smile. When I listen to them play I know that I am in the presence of modern masters in motion – Marty Stuart.

Together they perform with a brilliance and panache that will draw in any fans of traditional American string music.” – Bluegrass Today.