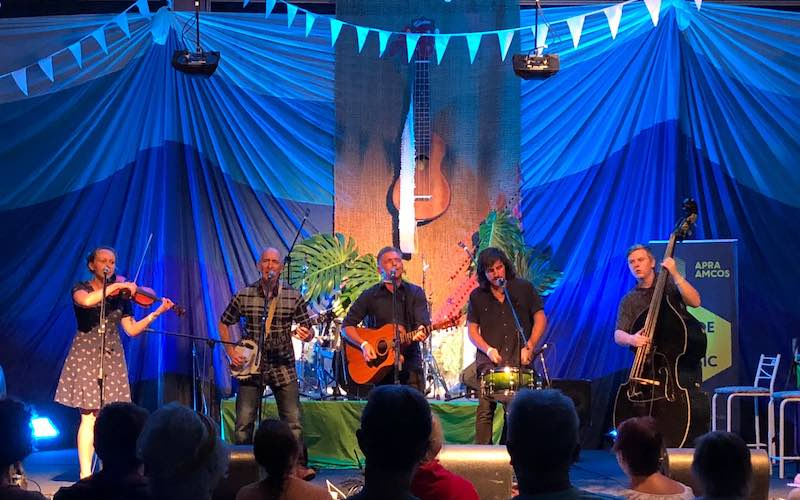 Here is a new release called Ocean, from The Water Runners.

The Water Runners is a NSW South Coast band (Kiama/Gerringong) that plays a bluegrass-infused blend of country folk and roots. They have played for audiences from Sydney to the Snowy, Woy Woy to Wollongong and Tamworth to Tathra and have achieved recognition for their work including finalists in the bluegrass category of the 2020 Tamworth Songwriters Association Awards and winners of the ‘Band’ category of the 2020 Australian National Busking Championships and runners up in the ‘Open’ category.

The Water Runners took advantage of the 12 months of on again and off again restrictions of movement through 2020, and wrote some new material which they recorded with multi award-winning producer, Matt Fell, in January 2021. The resulting album, Further Down the Road, will be released later this year. In the meantime the band has released Ocean, their first single from the upcoming album.

The song Ocean reflects the deep connection the band has with the ocean that is so much a part of daily life on the South Coast. It is an upbeat celebration of connecting with the sea and brings a little piece of the South Coast to the listener. The banjo, guitar, double bass, percussion and 4 part harmonies combine to take us on a musical journey to the sea.

The song is available from amrap/airit, and is also available through streaming services here.

Here is a video clip of Ocean by The Water Runners:

For more info about the band visit: