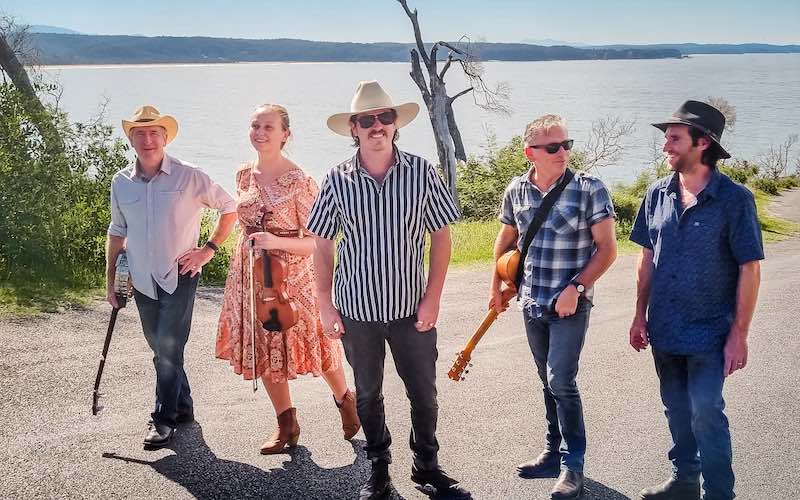 New Album From The Water Runners – Further Down The Road.

This week, The Water Runners release their latest album Further Down the Road. Recorded in January 2021 with award winning producer, Matt Fell, the album contains 12 original tracks ranging from toe-tapping, upbeat numbers to tragic tales, all of which showcase The Water Runners’ special blend of bluegrass-infused folk/roots.

Four part harmonies and tight musical arrangements feature throughout. The band recorded the album over 5 days, recording the songs live in the studio, giving the song a warm, live, stripped-back feel.

Over the last 5 years, The Water Runners, who hail from Kiama in South Coast NSW, have built a reputation for great song-writing and engaging live performances at festivals and venues from Tamworth to Tathra. They were voted ‘Best Band’ at the 2020 Australian National Busking Championships and featured in the 2021 Isol-Aid/Folk Unlocked international live stream. 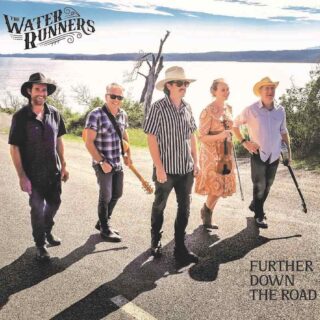 The new album continues The Water Runners’ focus on telling local tales and utilising local themes in the song-writing. The upbeat songs Ocean and Where the River Flows highlights this South Coast band’s close relationship with the sea and local landscape. Woodhill Mountain and Jamberoo Mountain Blues reference local landmarks. The album also features powerful sad songs such as Eureka, telling the story of a local mine disaster; Minnamurra which relates to a 200 year old massacre of local First Nations people; End of the Year which relates to the terrible South Coast bushfires of 2019/2020 and Water From the Well which laments man’s destruction of our environment. There are also fun toe tappers like Fire in the Stone’ which is about opal mining at Lightning Ridge, Stand on Your Own Two Feet and Sing Like a Bird, the latter featuring Danita Harris on lead vocals. The album finishes with the acoustic title track Further Down the Road with its positive message of friendship and connection.

The album can be streamed and downloaded through the usual platforms (Spotify, Apple Music and iTunes) and a hard copy can be ordered through the band’s website.