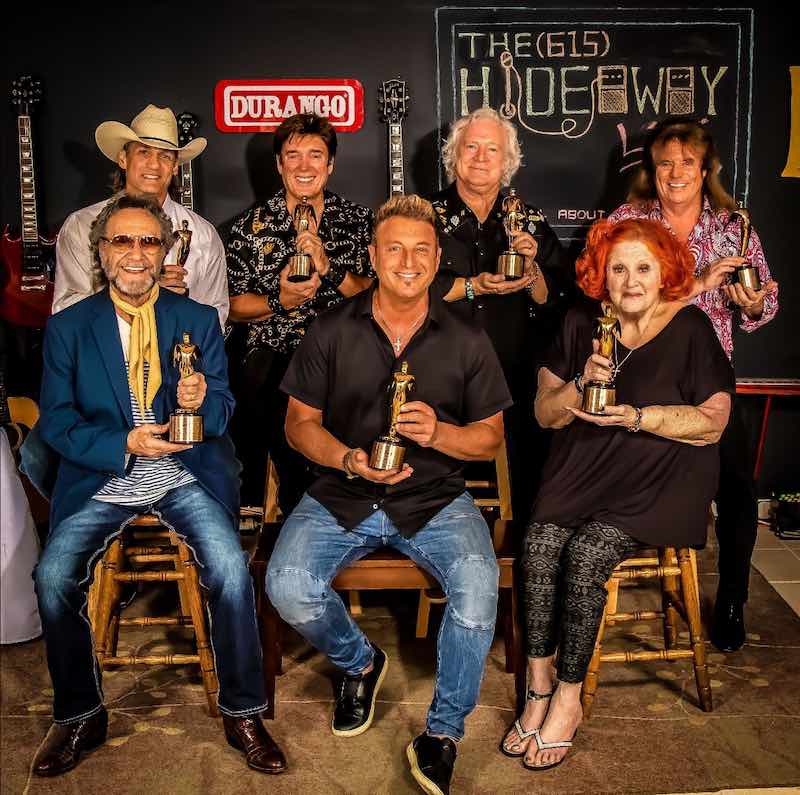 Bluegrass Music TV’s video studio The 615 Hideaway has won a Telly Award with a win for Social Media Live Event.

Bluegrass Music TV (BGMTV) is a promotional arm for The 615 Hideaway Entertainment and The 615 Hideaway Records. BGMTV is a video distribution platform on Facebook. The company works with all artists and labels getting the videos on Bluegrass Life, RFDTV, Ronnie Reno and other highly influenced and active pages.

Contact BMTV if you have a video new or old that you want them to promote for you.

When COVID-19 began to close all of America down, T. Graham Brown jumped into action not wanting the music to stop playing, as touring was coming to an immediate halt. By calling a few friends from the 80’s and 90’s era of Country music, T. Graham decided it was time to put together one of the first live social concerts for fans to watch from anywhere, all in an effort to keep the music playing. Out of all of that, Hats Off To The 80s & 90s – The Music Continues was born and included Brown, Wade Hayes, Bryan White, Tim Rushlow, Ronnie McDowell, David Frizzell, Tim Atwood, Lulu Roman, and hosted by Inside Edition’s Megan Alexander.

Taking place on March 23, 2020, from the 615 Hideaway studio in Mt. Juliet, Tennessee, the grouping of artists performed as acoustic as possible, practiced social distancing, and remained in their vehicles until it was their time to perform. Now, a few months later, all of those efforts were recognized by the Telly Awards with a Bronze win for Social Media Live Event.

Man, you know we pulled this together in like 4 days and it was a labor of love. who served as the Executive Producer for the show. “I called on a few friends who didn’t feel comfortable getting out and I completely understood. I then called some others and they were like ‘sure, as long as we are all gonna be safe about it’. I never expected anyone to really pay much attention to what we were doing, to be completely honest about it. To win an award for doing something from the heart is really a pretty cool thing – T. Graham Brown, executive producer.

About The Telly Awards:

Founded in 1979, The Telly Awards honour excellence in local, regional and cable television commercials as well as non-broadcast video and television programming. With the recent evolution and rise of digital video (web series, VR, 360 and beyond), the Telly Awards today also reflects and celebrates this exciting new era of the moving image on and offline. The Telly Awards annually receive over 12,000 entries from all 50 states and 5 continents, showcasing the best work created within television and across video, for all screens.

BGMTV started two Live talk shows with Michelle Lee and Ronnie Reno and both have won the IBMA Bluegrass Broadcaster of the Year award.