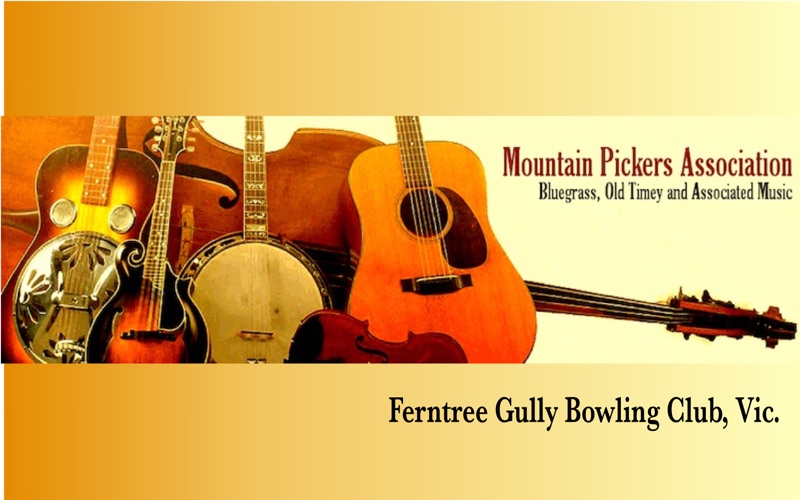 Just when you thought it was never likely to happen again, changes to the state government’s covid rules mean The Mountain Pickers last Tuesday club nights are back.

The event is usually held at the Ferntree Gully Bowls Club in Melbourne’s north-east. Artists appearing at this month’s gathering were: The Spokeshave Mountaineers, Dave Diprose, The Weathered Heads, Richard and Leonie, Susan Diprose and Nine Mile Creek.

The regular monthly event is held at the Ferntree Gully Bowling Club, on Glenfern Rd, Ferntree Gully. The cost of entry for the night is just ten dollars and table bookings can be made by calling 03 9753 5888. 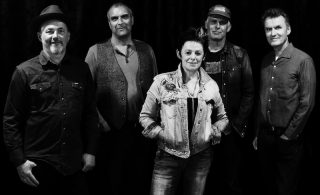 The next club night is set for Tuesday the 26th and will feature The Stetson Family.

About The Stetson Family:

The Stetson Family walk the line between alt-country and bluegrass with their free-wheeling, spirited songs, awash with soaring harmonies. Described in American Songwriter Magazine as “champions of fresh bluegrass but with a bedraggled soul of rock and roots
,” the band takes their audience on a journey down life’s crooked highway.

With their last album ‘True North’ further establishing the band internationally, breaking out of Australia onto US Roots/Americana charts, the band garnered stellar reviews in the UK, Italy Czechoslovakia, Uruguay and everywhere in between. Nominated for Best Duo/Group at the Victorian and National Country Music Awards in 2016, they have appeared at numerous festivals around the country including Out On the Weekend (VIC), National Folk Festival (ACT), Cygnet Folk Festival (TAS), Nannup (WA), Bangalow BBQ & Bluegrass (NSW), Gympie Muster (QLD) and received an invitation to perform in the USA at the International Bluegrass Music Association conference in Nashville, Tennessee.

They are regulars on the Melbourne music scene, the national festival circuit and everything in between, and their festival harmony workshops are inspiring and often culminate with participants joining them onstage.
The Stetson Family have emerged from the weirdness of 2020 with a new album in the making that’s itching to get out into the world, soon as it’s cooked. Working once again with master engineer and producer Ernie Rose (Renee Geyer, Little River Band, Mondo Rock, Broderick Smith and many more) the band have been in and out of the studio at every opportunity lockdown allowed, and can’t wait to get back out playing live.