The Sound of Business 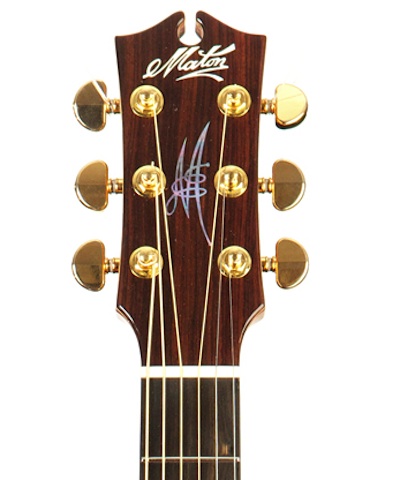 My first dreadnought guitar was a Maton. Long before I discovered bluegrass music, like many folk, I played folk music. My Maton FG 100 was my only steel string guitar  and served me well for several years. I discovered bluegrass music in the late seventies and by 1983 and felt the need to trade in my trusty Maton for a Martin D28. Other than that first steel string, I had never know too much about the Maton brand other than it was clearly developing into a successful Australian instrument.

From a small backyard workshop Maton Guitars has indeed grown into a truly great Australian success story.  Maton employs more than 60 people and remains 100 per cent family owned and operated. The brand has established itself as one of Australia’s favourite and most successful guitars. Maton is gaining acceptance on the world stage as an instrument of the highest quality.  The company continues to realise Bill May’s vision of making hand crafted guitars at an affordable price that are as good as any in the world. His philosophy still rings true today: “If you make a good guitar, the right guitar, people will want it.”

Alan Kohler (The Koler Report, Business Spectator) writes on his blog this morning, a little about the Australian instrument icon, titled The Sound of Business.

In the late 1980s, Bill May was over 70 and the former woodwork teacher had been making guitars (May tone = Maton) for more than 40 years. But he had Parkinson’s disease and his shaking hands meant he could no longer operate the machines and make guitars, and his wife Vera was at him to retire.

But when his daughter Linda Kitchen and her husband Neville bought the business from him in 1989, he was distraught, heart-broken.

Bill created a wonderful, iconic Australian brand, had made instruments for many great guitarists, and now could look forward to a comfortable retirement…