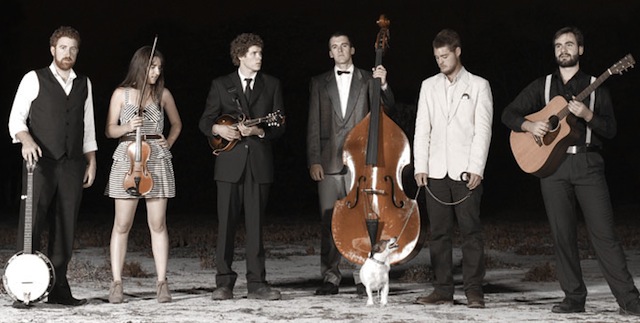 On the 31st of August, The Seals are putting on a show that features a collaboration between The Seals and Deb “Spoons” Perry. Deb was catapulted to fame after reaching the finals of Australia’s Got Talent in 2008 and was featured on the Ellen Degeneres show shortly after.  She may well be the most well-known spoons player in the world (not to mention the fact that she is in her 60s) and it’s not often that she puts her talents on display.

The Seals are WA’s premier neo-bluegrass band and have been slowly gathering momentum in the folk and indi scenes here in Perth over the last 2 years or so. This success was reflected in April this year when they played (among other gigs) at the West Coast Blues and Roots Festival alongside Buddy Guy, The Pogues, Crosby Stills and Nash, and John Fogarty.

The show on the 31st of August represents a culmination of the young and the young at heart as the youthful exuberance of The Seals meets grandma Deb’s outrageous on-stage antics.

In addition, it’s a rare chance for the West Australian public to see the live act of Deb “Spoons” Perry, which proved so popular on Australia’s Got Talent.