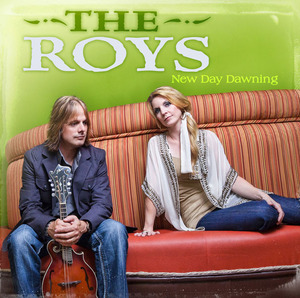 The Roys new album New Day Dawning was released this month and has some outstanding offerings from this award winning family duo. Given the wealth of popularity of their last album, Lonesome Whistle, it was with some degree of anticipation that I opened the album and started it playing. Could they pull off another great album?

There is no disappointment in this album. The Roys are are songwriters, musicians and singers of the highest calibre. Their voices blend perfectly as one would expect from family vocals. The album contains seven tracks, all of which are hits with me. The group has an amazing appeal vocally, musically and with some fantastic musical moments.

The opening track New Day Dawning has all of the hallmarks of a hit song with a complimentary banjo, fiddle and mandolin accompaniment with a lyric providing a roadmap through those dark times that we have all faced.

The second track on the album, Daddy To Me, is a beautiful ballad from the pen of Lee Roy and Brandon Rickman (Lonesome River Band) is followed by the band’s recent single release Still Standing with a hard driving banjo underpinning the band’s signature sound of Elaine Roy’s vocal.

This album contains a host of songs espousing The Roy’s values, reflecting on memories and is a celebration of family. With their wonderful harmonies and impeccable musicianship, The Roys are re-defining the sound of modern bluegrass creating that perfect marriage of country music and bluegrass tradition. 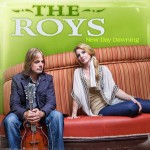