The Roys Head to Tamworth 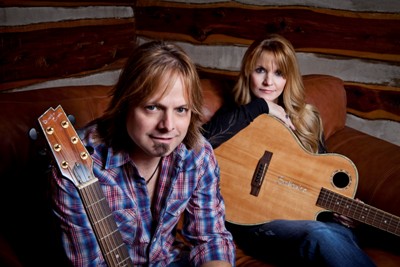 The Roys are heading to Australia next month to perform at the Tamworth Country Music Festival. This brother and sister duo hails from Fitchburg, Massachusetts, and their music is a surprisingly fresh, bluegrass sound that includes hints of roots and traditional country. Both are accomplished musicians and are known for their superb harmonies, ‘rootsy’ sound and compelling original songs.

In addition to chart success, The Roys are also receiving the accolades of their peers, winning the coveted 2011 Bluegrass Artist of the Year Award at the 17th Annual ICM Awards show this last month. The Roys were previously honored with the ICM’s Duo of the Year Award in 2010 and 2009.

They’ve opened for George Jones, Lady Antebellum, John Rich, Darryl Worley, The Oak Ridge Boys and Chris Young, and have enjoyed high-profile national TV gigs, including performances on: ABC, FOX, GAC, RFD and more. Lee and Elaine have performed their stirring version of the National Anthem for the Red Sox at Fenway Park, for the Tennessee Titans, for President Bush at Andrews Air Force Base and at the Kansas Speedway for the NASCAR Truck Series.

Don’t miss the chance to see The Roys, direct from the US, as they perform for the first time in Australia at the 2012 Tamworth Country Music Festival.

For more info, check out the Tamworth Festival Website or phone (02) 6767 5300
For more information on The Roys visit their website.