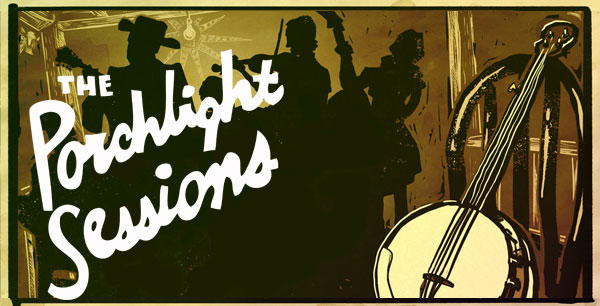 The Porchlight Sessionsis has been in touch to let us know about the official launch of its Kickstarter fundraising campaign.

The story of the uniquely American style of music known as bluegrass and the community that has grown up around it is beautifully and insightfully told on the upcoming music documentary The Porchlight Sessions.

This is a musical exploration that travels from the music’s roots in Appalachia to the contemporary culture it has spawned in the high Rocky Mountains and beyond, the film offers one of a kind performances and fascinating interviews with many of the creators and innovators of the bluegrass sound.

With over 75 musicians, 10 states and 4 festivals represented in the film, The Porchlight Sessions is a unique and contemporary portrait of the bluegrass community that is attracting new audiences like never before. Artists appearing in the film include icons from the first generation such as Ralph Stanley, Doc Watson and Bobby Osborne through modern masters such as Bela Fleck, Sam Bush and Jerry Douglas and relative newcomers Crooked Still, Trampled by Turtles, Mumford & Sons and the Infamous Stringdusters.

The Porchlight Sessions is currently enlisting the help of Kickstarter, the world’s largest funding platform for independent projects, to complete the post-production process and license the archival music and imagery. The film’s needs are great and varied but not insurmountable. Funds raised will be used to license long forgotten film footage, pay post-production costs, and license the music required to tell this important American story.

Several generous sponsors, including the International Bluegrass Music Association and Deering Banjos, have joined The Porchlight Sessions campaign to offer some amazing perks for contributing to the project. These include:

Support the bluegrass message, stay informed of their progress and upcoming PLS events near you, and enjoy a taste of some of the finest bluegrass you’ll ever hear.