The New Worlds in Sydney 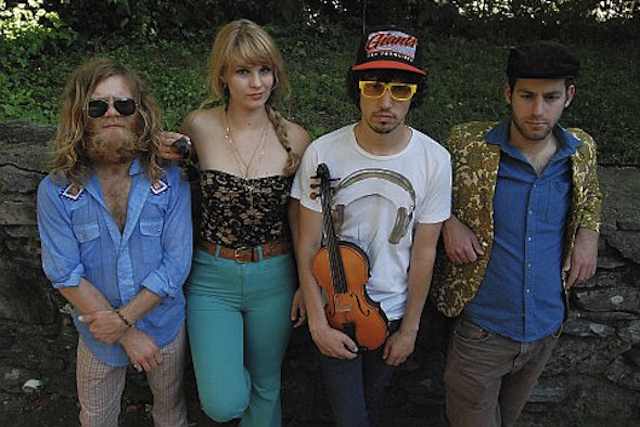 Returning to Australia this super-group brings together some of Nashville’s most in-demand acoustic musicians. The New Worlds combine Berklee mandolin graduate Dave Goldenberg on mandolin), fiddler for the Green Cards and Peter Rowan, Christian Sedelmyer on fiddles and vocals, Shelby Means from the acclaimed Rounder Records-signed band Della Mae on bass and vocals and multi-instrumentalist Rachel Baiman on banjo, fiddle and vocals). This great band has overlapping backgrounds in bluegrass and old-time music, but also bring individual expertise in Scottish, classic country, folk rock and roots music. www.thenewworlds.bandcamp.com

One minute, the group’s accomplished fiddler Christian Sedelmyer, was plucking the kind of inventive melodic figures you’d expect to hear on a Radiohead track, and the next he was attacking a bluegrass-style solo with gusto  – American Songwriter.

Dave Goldenberg, who is returning for his second tour of Australia, was one of the first mandolin graduates of the prestigious Berklee School of Music in Boston, and is a past winner of the Rockygrass Mandolin contest and the Telluride Bluegrass Contest.

Christian Sedelmyer is most well known for his years as a member of acoustic pop group The Farewell Drifters, has performed with Grammy winner Peter Rowan, and is currently touring part-time with Australian Bluegrass sensation The Greencards. www.christiansedelmyer.com

Shelby Means is a current member of Della Mae, an all-female bluegrass band signed to Rounder Records that was recently nominated for the International Bluegrass Music Association’s Best Emerging Artist award, and has shared the stage with the likes of Willie Nelson, Del McCoury, Leon Russell and Laurie Lewis. 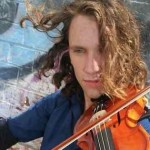 The concert will be supported by three-time Australian Bluegrass Fiddle Champion George Jackson with bluegrass guitar guru and NSW local talent Daniel Watkins. George and Dan together have a long and musical friendship that is grounded in tradition and draws on the influences of Bluegrass, Celtic and Jazz for a style that is distinctively Australian.

All tickets at the door.