The Mary Hill Dobro of 80 Years 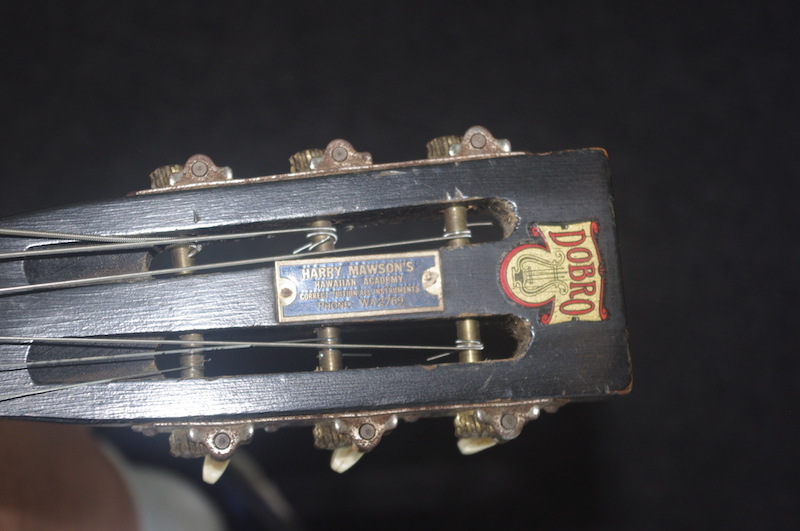 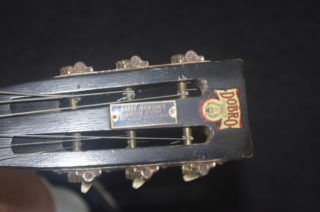 While at the 2018 Bluegrass Conference I ran across Andrew Ryan who shared his story, of being given a special instrument which he brought along to this year’s Bluegrass Conference in Maleny. This Dobro, circa 1936, was originally owned by Mary Hill and was given to Andrew Ryan by Mary Hill’s nephew, Peter Thomassen who has had it in storage for 52 years. Andrew has now fondly named the Dobro The Mary Hill in honour of her. 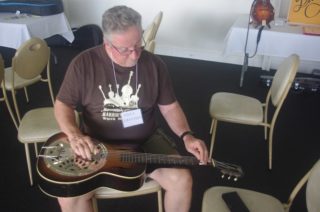 Dobro was the name that originated in 1928 when the Dopyera brothers, John and Emil formed the Dobro Manufacturing Company. The instrument was one of several instruments design by John Dopyera, the inventor of the resonator guitar, but only the second to enter production. John Dopyera was granted a patent (U.S. Patent #1,896,484) in February 1933. The Dobro company went into production in Los Angeles, California around 1933-1937. 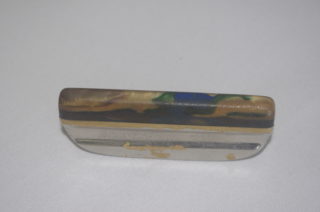 The Mary Hill was played by several folk at this year’s Bluegrass Conference and no doubt this was some of the first music made on it for more than 50 years.