The Mandolin Style of Jesse Brock 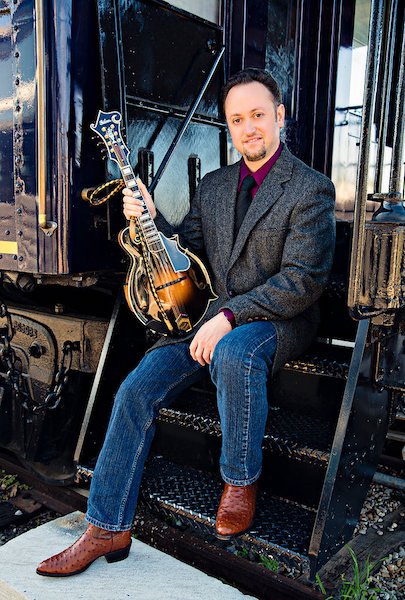 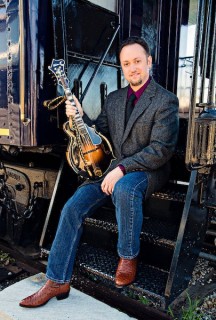 Over the past months Nick DiSebastian of Built To Last Music Notes has been writing a book entitled The Mandolin Style of Jesse Brock. This book features 15 transcriptions and brief stories of recordings Jesse has made throughout his career. With so many mandolin players enjoying Jesse’s playing, the author aims for this book to reach as many enthusiasts as possible.

Winner of the 2009 International Bluegrass Music Awards (IBMA) Mandolin Performer of the Year, Jesse Brock began his Bluegrass career with his family band at the age of nine. He has played with Michael Cleveland and the Flamekeeper as well as Audie Blaylock and Redline . He is currently performing full-time with The Gibson Brothers. He now lives in the green lands of Bowling Green, Kentucky. 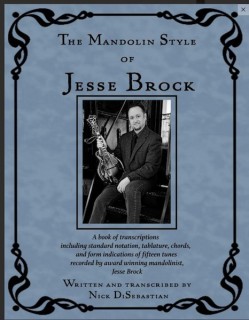 Jesse Brock played in Australia’s Harrietville Festival (now MountainGrass) a couple of years ago with the band Audie Blaylock and Redline. Jesse’s mandolin playing and vocal harmony were a winner with audiences and fellow musicians through various workshops and the band’s many concert performances oner the festival weekend.

My vision is to provide the ultimate private lesson for players as a means of expanding your knowledge through the use of your selected transcription. I believe that learning a wide variety of music is the gateway to creating your own personal style. Learning directly from the masters via a format that caters to your learning style makes the process comfortable and effective. As a transcriber I’m functioning as a time saver by keeping you playing rather than deciphering. My price includes the cost of time and craftsmanship – Nick DiSebastian.

The Mandolin Style of Jesse Brock is available in PDF form or soft cover. The book takes an in-depth look at the playing style and music of two-time IBMA mandolinist of the year – Jesse Brock.

The transcriptions include standard notation, tablature, chords, and form indications. This format provides a medium from which mandolinists of all levels can effectively learn. Jesse’s style is recognised as being at the forefront of bluegrass mandolin playing today and this book gives a detailed look at how he does it.