The Grascals – When I Get My Pay 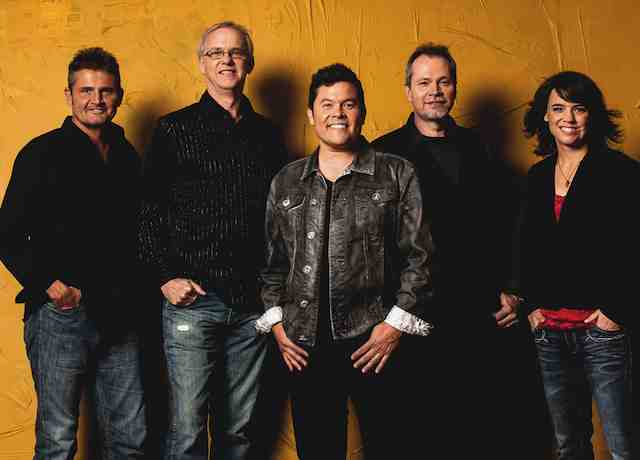 The highly anticipated 8th album from The Grascals will be released on Tuesday, 19th Nov. When I Get My Pay, (Mountain Home Music), is currently available for pre-order from iTunes.

When I Get My Pay includes 13 songs that range from toe-tapping and fast-pickin’ to the occasional tender ballad. Fans will be delighted to hear award-winning banjo player, Kristin Scott, share her vocals on “Are You Up For Getting Down Tonight.”

The three-time Grammy nominated band has already released the companion video for one album cut. “American Pickers” was penned by Jamie Johnson, Susanne Mumpower Johnson and Jeffrey East after members of The Grascals met and became friends with Mike Wolfe of the hit History Channel television show, American Pickers. Country superstar and Grascals’ pal, Dierks Bentley, lends his vocals to the album cut and appears in the music video, along with Wolfe.

“We all love the American Pickers TV show, so it was a thrill when I got to meet Mike,” Jamie Johnson says. Wolfe and Johnson met at a celebrity waiters’ event for charity about a year ago and struck up a friendship.

“I told Mike we’d like to write a song for him and he thought that was a pretty cool idea,” Jamie says. “The song and making the video have been great fun for us, and that includes Dierks and Mike. Fans seem to be getting a kick out of it.”

The music video was shot on location during The Grascals’ Riverstage appearance at the 2013 CMA Music Festival in Nashville and at the Cash Cabin Studio in Hendersonville, TN, a property owned by the Johnny Cash family.

The Grascals are three-time Grammy Award nominees. They have nearly 150 appearances on the legendary stage of the Grand Ole Opry to their credit.