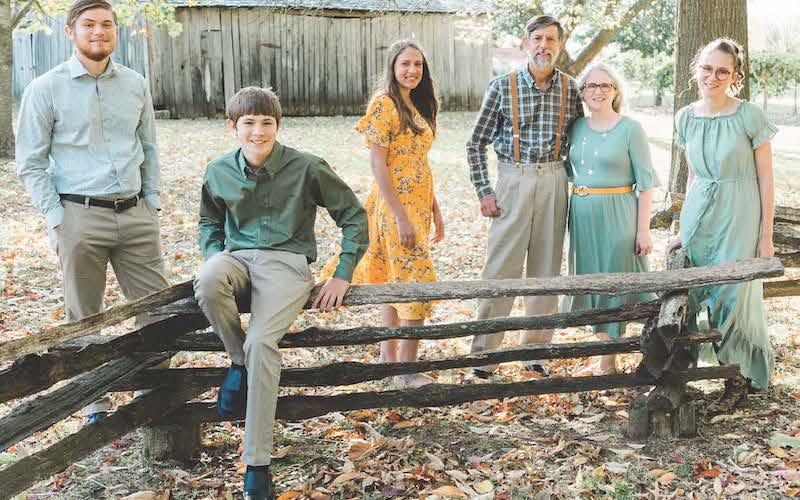 One of the most pleasing things about a family band, is the joy that come from making music together. The Farnum Family does this with all of the joy one could wish for and have a new album on offer.

From the Missouri Ozarks, the Farnum Family performs in the Branson area and around the country. For over 15 years they have taken their energetic blend of musical entertainment and homespun family humor throughout Missouri, the Midwest, and points beyond.

The Farnum Family performs at festivals, historic theaters, state and county fairs, and other family-oriented venues. Since 2006 they have been a part of Silver Dollar City’s annual Bluegrass & BBQ Festival and other events hosted by the park. In addition to their variety show, they offer all-gospel presentations for churches and ministry-related events. 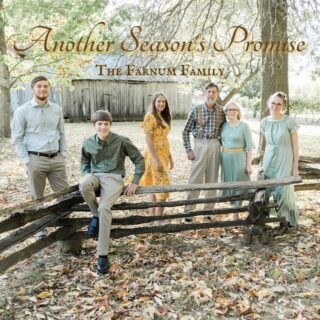 Norm was originally from California and started taking banjo lessons when he was 17 years old, He has been entertaining folks on the 5-string for nearly 45 years. He started at Silver Dollar City in 1977 in both the Saloon Show and as part of the Marvel Cave Band. When not performing with his family, Norm wears his handyman hat at Stone County Services.

Tricia plays piano & pennywhistle with the band and enjoys teaming up with the girls on trio numbers. She coordinates wardrobe, plans set-lists, helps the band with itineraries, and does a graceful job emceeing much of the show.

Benjamin started mandolin lessons when he was eight years old and took up the guitar a few years later. His strong rhythm and skillful flatpicking are now the bedrock of the band. Once a reluctant singer, his father says that has blossomed in recent years and is now a featured lead vocalist.

Hannah began playing fiddle around six years old. She studied for over 10 years with World Champion fiddle player, Ricky Boen. An occasional contest fiddler, she has placed in several competitions over the years, her most exciting award coming from the 2012 Walnut Valley Old-Time Fiddle Contest when she brought home a brand new Romanian-made Gliga violin. On the Farnum Family Facebook page, Hannah co-hosts the weekly program, Fiddlin’ Friday at Five, with her brother, Benjamin.

Maggie, aged 17 followed big sister’s example and started learning fiddle just before her sixth birthday. After five years of lessons, again with Ricky Boen, she took up the double bass. When not making music, you can find her writing stories, reading books among other things. She also has her own fashion jewelry enterprise called Magpie Jewelry.

Matthew now, fifteen, is the youngest of the family band. He joins the family for several feature songs, including Battle of New Orleans, Wreck of the Old ’97, and You’ve Got a Friend in Me. He is progressing on the mandolin the band hopes to see him feature more regularly on stage.

The Farnum Family has released their newest CD with 12 great songs to bless and entertain you. It’s called Another Season’s Promise and is available to preview or download here.