The Crowe Brothers – Heart of Gold 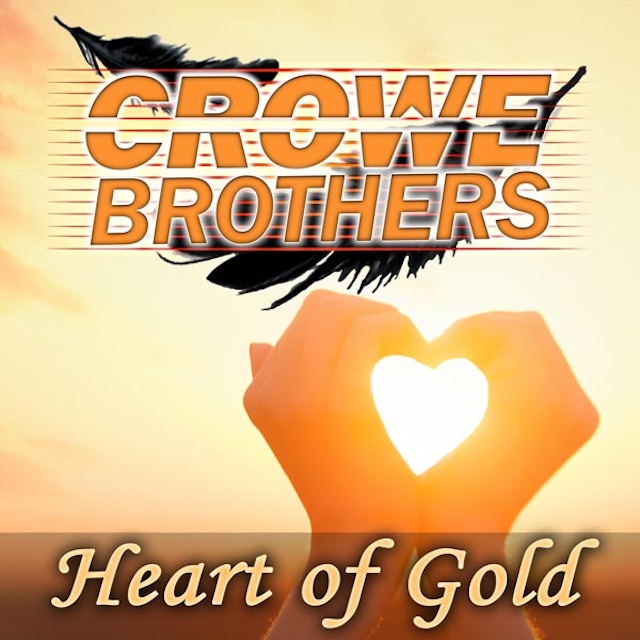 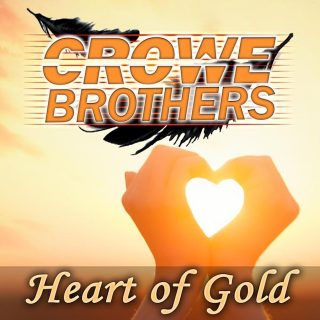 Mario Carboni wrote this song on his way back home to Washington from his summer tour in Alaska. He is a great entertainer/piano player and singer. He said he had a friend going through a breakup and a tough time, which inspired the song and led to him doing a demo and posting it on line. That is where I heard the song and just loved the melody and lyrics of the song. So I contacted Mario and asked if it was up for recording and he said “absolutely”. So we went into the studio and recorded it. It turned out as good as I expected. The song captures Mario’s wonderful heartfelt message delivered with the Crowe Brothers signature sound. I hope everybody likes it – Josh Crowe.

Heart Of Gold was produced by The Crowe Brothers and Steve Thomas and the musicians include Josh Crowe on guitar, lead and tenor vocals; Wayne Crowe on bass, lead and harmony vocals; Ashby Frank on mandolin; Brian Blaylock on banjo and Steve Thomas on fiddle.

In addition, the (615) Hideaway Entertainment has produced a powerful music video for Heart Of Gold which was shot this month on location at the Lake Junaluska, North Carolina.

About the Crowe Brothers:

With Josh Crowe on guitar, and Wayne Crowe on bass, the Crowe Brothers’ music career has spanned more than four decades and a dozen recording projects. Growing up in Clayton, Georgia, Josh and Wayne began playing music as boys with their dad, Junior Crowe, and with various local bands playing bluegrass and gospel. In 1975, they teamed up with Raymond Fairchild and worked the bluegrass festival circuit and traveling the country with him full-time for the next 15 years, and relocated to Maggie Valley, NC. Over the years of their career, the Crowe Brothers have made notable appearances on the Grand Ole Opry and at the Library of Congress, as well as numerous National TV show performances, including the Bluegrass Spectacular, Fire on the Mountain, Nashville Now, I-40 Pickin’ at the Paradise, and American Music Shop.

To their credit, they have received recognition from the SPBGMA association (Society for the Preservation of Bluegrass Music of America) with awards for Best Bluegrass Rhythm Guitar and Best Instrumental Band, and were nominated by IBMA (International Bluegrass Music Association) for Emerging Artist of the Year. In 2009, their recording of Cindy Mae (written by Cody Shuler), went number one on several bluegrass charts. In 2011, He Could Pick the Hound (penned by Steve Watts), also reached the number one slot.

Wayne left the road for a while around 1990 and Josh continued to play music with other acts such as Crowe & McLaughlin (David McLaughlin, formerly of the Johnson Mountain Boys) and with his own band, The Josh Crowe Band, resulting in a recording project for both acts. While not on the road, Wayne and Josh have worked at numerous theaters around Maggie Valley, NC and Gatlinburg for the past 45+ years, including the Stompin’ Ground and the Maggie Valley Opry.

In 2005, Josh and Wayne began touring once again as the Crowe Brothers, reuniting their brother harmonies. Josh is also an accomplished songwriter and has written many of the songs that they perform, including The Winds Are Blowing in Maggie Valley, I Knew It Wasn’t You (Telephone Song), Broken Heart Bound, Take Me By The Hand, Million for a Broken Heart, and Grandma’s Little Boardside Cabin.