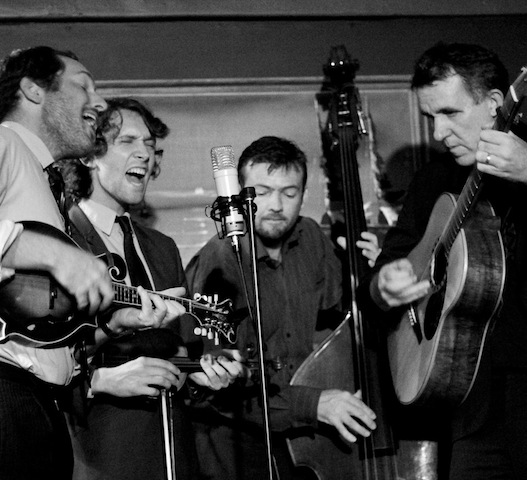 The Company kicks off 2014 with their first show announced in Brisbane Friday 14th February.  The band is pleased to be hosting Old-timey trio, One Up Two Down and new folk songstresses Oh Pep! who are touring the east coast during February. This will be the first show for these Brisbane bluegrassers since The Australian Bluegrass Banjo Conference last December.

“It’s been a quiet summer for The Company” says Mick Patrick from the band, “After finishing on such a high performing with Allan Munde and Jens Kruger late last year, we’ve enjoyed the down-time to work on a new album”.  As Patrick explains, the bands creative output now is brimming and they are eager to get into the studio as soon as possible.

In the meantime, The Company plan to get back to doing what they love and that is live shows.  Don’t miss this stellar line up of acts on Friday 14th February, The Danish Club, 36 Austin St, Newstead.  $20/$15 at the door.  Doors open 7:30pm.