The Burning Bridges – Down This Old Road. 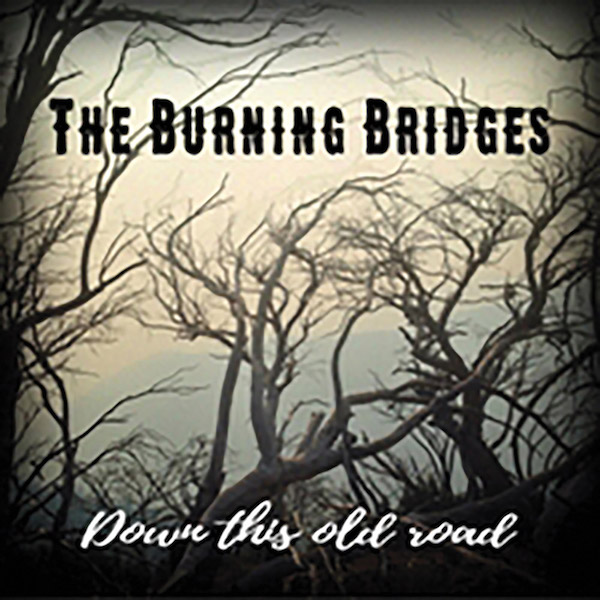 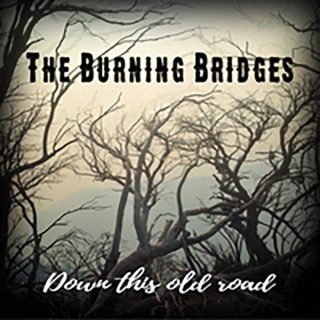 This latest album called Down This Old Road sees a combination of traditional and modern bluegrass, old-time and folk styles, admirably highlighting the group’s musical diversity and skill.

The album kicks off with a very old traditional song called Hop High (My Lulu Girl). Peter Somerville takes the lead on vocals closely followed by Fran Martin on harmony. The track features Peter Denahy on fiddle. Other standout tracks on the album include The Louvin Brothers song You’re Running Wild. Pete and Fran have worked up a great two-part vocal in the style of the Louvin’s and some banjo chops and of course, Denahy’s tasteful fiddle set it off. Their version of Sunday Morning is also a stand out track, full of unexpected fills, back-up and beautiful harmony.

The album also features several traditional songs and two original instrumentals by Pete Somerville. Both originals sound like they have been around for years. The tune Yellow Dog gets the Somerville, Tritt and Denahy treatment on banjo, mandolin and fiddle. The sweet and soulful O’Leary’s Waltz was written and dedicated to one of Somerville’s fiddler mates Greg O’Leary:

..and i reckon it sounds just like a traditional Australian waltz – Pete Somerville.

Pete Somerville has an entrenched history in the Australian Bluegrass and Old-Time music scene. Those who know him will recall fondly his boyish photos on the Dust On The Bible album from his days with the Rank Strangers in the later 80’s. This was one of my first Aussie Bluegrass LP’s. Pete has come a long way musically since those early years and has made his mark in various bands over that time including Uncle Bill.

Pete Denahy is a comedian and bluegrass musician hailing from Yackandandah in Victoria. He is no stranger to bluegrass and has been a regular and quite popular feature at bluegrass festivals over the past few years. His contribution to this band and album with fiddle and vocals is remarkable.

Fran Martin is a relative newcomer to the performance arena; she has emerged with a commanding aural presence with her strong lead and vocal harmony. My early recollections of Fran are as a quiet and reserved picker at many a jam session and festival I have attended over the years. She and her partner Pete make a great vocal duo on this album.

Mark Wardle is a great asset to this album delivering solid rhythm guitar support to the band. Mark is perhaps best known in Victorian circles as a great and approachable music teacher particularly providing years of support for beginner banjo players, learning the craft.

Ian Tritt is unknown to me but here he delivers some of the smoothest mandolin picking I have heard in some time. His timing and musical empathy are amazing. Everything he plays on this album is supposed to be there; whether it’s fast and punchy or sweet and slow, he nails it.

Rock solid bass playing is one of the most understated expectations in bluegrass music. Rod Boothroyd delivers in full on this album. His rock solid timing glues this music together.