That’s The Way I Roll 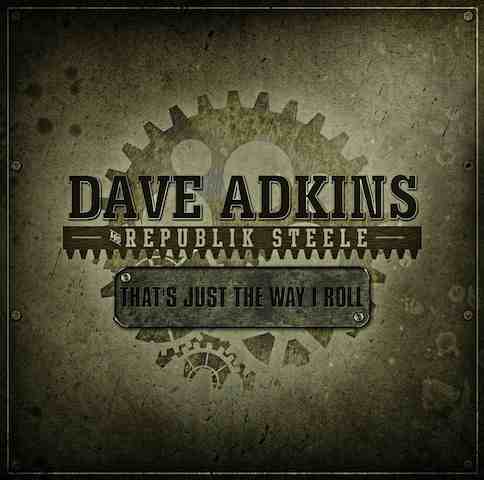 Rural Rhythm Records has announced today’s new album release, That’s The Way I Roll by Dave Adkins & Republik Steele.Dave Adkins & Republik Steele will celebrate That’s The Way I Roll with several performances this week including: February 27 at the ACT Theatre in Elkhorn City, Kentucky; March 1 at the VFW Club in Grayson, Kentucky; and March 2 at the Bluegrass

Snazzy stuff for real people who still want some music they can feel and believe in. Well done – Midwest Record.
If you are ready to hear what just might be the next bluegrass artist that you can say you discovered before all your friends did, check out track 11 (“The River Man”, sung by Dave Adkins). The song spins the tale of a freed slave who ran a secret freedom train by dark of night to help escaped slaves find the freedom that was so central to the struggle – Parcbench.

Opry Barn in Oakwood, Ohio. The album is now available at Amazon, iTunes, and many other retail outlets.Dave Adkins not only impresses

listeners with his powerful lead vocals, but he contributed three original songs on the album including <Heartstrings, Get ‘Em Up and the impressive <Rio. Other songs include: the title cut That’s Just the Way I Rollby Terry Herd, Steve Gulley & Tim Stafford; Laura Mae by Mark “Brink” Brinkman; Don’t They Know He’s Watching” by Steve Gulley & Tim Stafford; Chasin’ A Dream by Mark “Brink” Brinkman & Dale Pyatt; and The Storm by Steve Gulley. Fans will also enjoy the popular Please Come To Boston by David Loggins and Rose Colored Glasses” written by John Conlee and George Baber.  Radio stations can download the entire album at AirPlayDirect.com.Dave Adkins can be heard on another new album, God Didn’t Choose Sides: Civil War Stories About Real People. released earlier this month. He performs the song, The River Man that some are calling one of the standout tracks on this historic album.David Akins is joined by the talents of Kenny O’Quinn, Danny Ray Stiltner, Wesley Wolfe and Matt Cruby.

Be sure to check out their website RepublikSteele.com and catch a live show in your area. Fans can also find the band at Facebook and Twitter.