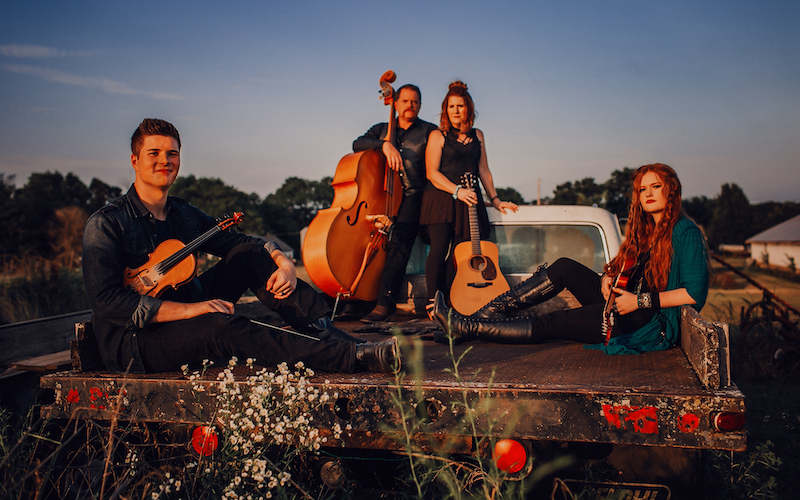 Current IBMA “Momentum Band of the Year” nominees Lindley Creek just released their brand new single called That Page Won’t Turn. It serves as the first taste from their upcoming second album on Pinecastle Records, coming in 2022. The recording was written by Brink Brinkman and produced by Jim VanCleve.

Fans can download and stream the new single here. 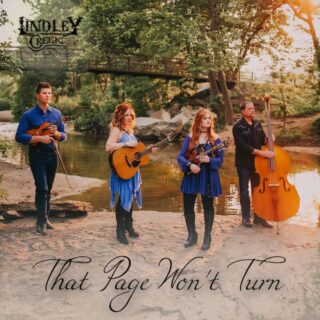 We are anxious for everyone to hear the first single, That Page Won’t Turn. It’s a very relatable song to anyone who has experienced love lost, but it’s kinda bouncy, so it’s really fun to perform live. We really enjoyed creating the music video. It was shot in five different locations around our home region of Southwest Missouri. Producing our own music videos is really an extension of our love for the music and the hope that our vision for every song engages listeners from all walks of life –  Lindley Creek.

That Page Won’t Turn picks right up where their previous album left off. Centering around the powerhouse vocals of Katie Greer, the track tells a powerful story about a breakup, and how hard it can be to move on. It’s a quick reminder why Katie is also currently nominated for the IBMA Momentum Award for “Vocalist of the Year” at the IBMA Awards later this month. While there, the band has multiple appearances including performing as an official IBMA Showcase Artist. The must-see performances mark the group’s first time at the World of Bluegrass event, where all four members of the Greer family (Kathie, John, Jase and Katie) will take the stage.

Despite a whirlwind 2020, the year proved to be a breakout success for Lindley Creek. The Missouri-based band quickly struck a chord with Bluegrass fans on their full-length debut album, Freedom, Love, and the Open Road. In addition to peaking in the Top Ten of the Bluegrass Unlimited chart earlier this year, the project stayed in the Top Ten of the Roots Music Report’s “Contemporary Bluegrass Albums Chart” for an impressive 33 weeks. Along the way they released hit singles like I Gotta Go,” “The Mockingbird’s Voice and Sunshine Song. The first offering (I Gotta Go) spent a total of 12 weeks inside the Top Ten on Roots Music Report, while also peaked at No. 2 on the Bluegrass Today Weekly Airplay Chart.

To keep up with all things Lindley Creek check out the band’s official website. While there, fans will be able to check the latest new stories, purchase music, check upcoming tour dates and more.