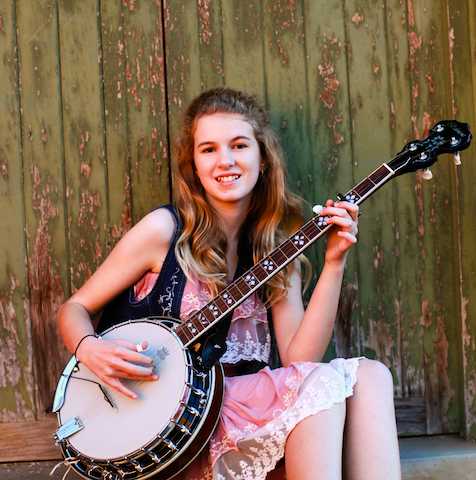 It is always encouraging to hear of and see young people taking an interest in bluegrass music and more encouraging to hear of them taking up the challenge to play bluegrass.  Twelve year old Taylor Pfeiffer hails from the Clare Valley in South Australia and took up the banjo at seven years of age. Taylor also plays guitar and drums and started entertaining audiences at the age of five.

What inspires a young girl to take up the 5-string, an instrument not usually seen in a young girls hands? Well in this case is was the TV theme song Skippy the Bush Kangaroo that gave Taylor the first inkling that she wanted to be a banjo player. She has been playing now for around five years.

Taylor is a big fan of Australian Country Music and of Bluegrass and loves to sing, yodel and accompany herself on her banjo.  At the age of eleven, Taylor received a scholarship from the Australian Bush Balladeers Association, to attend the 2011 CMAA Australian Academy of Country Music – Junior Course in Tamworth. Some of the subjects covered in the course included songwriting, recording and the music industry and Taylor hopes to return in 2012 for more of the same.  She was the youngest to graduate from the 2011 class.

Taylor attended this years Tamworth Country Music Festival and was dubbed The Banjo Girl through her many invitations and appearances across the festival. One of these appearances included The Davidson Brothers Bluegrass Breakfast show at Wests’ Leagues Club where she performed a couple of songs on stage with The Davidson Brothers. Hamish Davidson ran across Taylor busking on the streets of Tamworth, and they both busked together. Hamish then invited Taylor to be a guest at their Tamworth performance. Taylor was also invited to appear at six other scheduled performances across the festival including Andrew Clermont’s Bluegrass Showcase.

You can follow Taylor’s evolving exploits on her Facebook Page. Taylor also has her own MySpace Site.