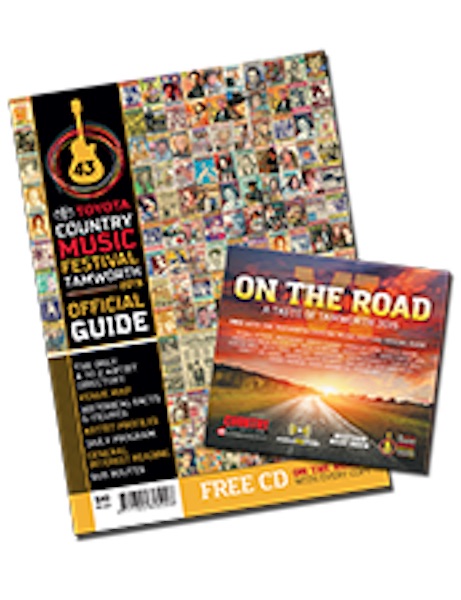 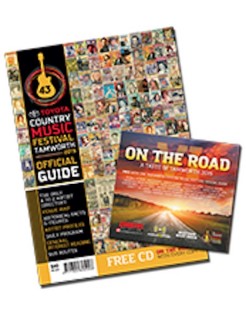 The Official Guide to the Tamworth Country Music Festival produced and published by Capital News – is recognised as one of the world’s biggest festival publications. It is the original and definitive Tamworth Festival Guide featuring the Official Day by Day Program and Official A to Z Artist Directory.

The 2016 souvenir official guide will be a bumper issue with over 260 pages covering the countdown (seven days before the festival) and the official ten days festival period from the 15th to 24th January.

This year the Official Guide will include a special free Capital News souvenir music CD reflecting this unique festival, valued at $25.00.

The most popular feature of the Official Guide is the exclusive A to Z Artist Directory which is a valuable guide for fans to follow their favourite artist concerts. It also includes where the artists are appearing, times and dates, as well as numerous artist photos and biographies as well as:

The Official Guide features historical facts and inside stories covering the finalists of the 44th Country Music Awards of Australia and 37th Toyota Star Maker talent search and other major events:

The Official Guide will be available from newsagents in and around Tamworth and selected newsagents throughout New South Wales, Queensland and Victoria from early January 2016.